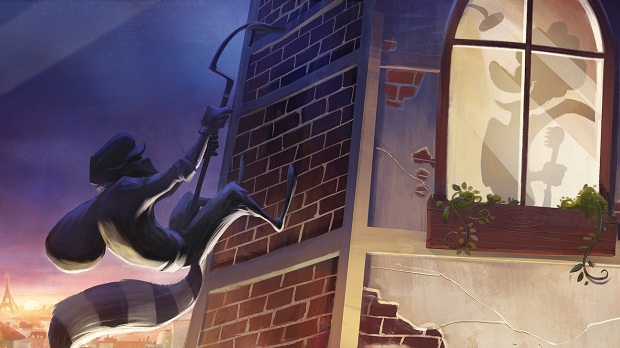 I went to a meeting earlier in the day to see a game that was billed “a mystery game from Sony.” The only other information I knew about it was that it was announced at the Sony press conference yesterday.

I was hoping and praying the game was Sly Cooper: Thieves in Time.

Lucky for me, it was! GLORIOUS!

The game wasn’t playable, but the folks at Sanzaru Games (the new developers) showed off a nice level and boss battle for us to enjoy. 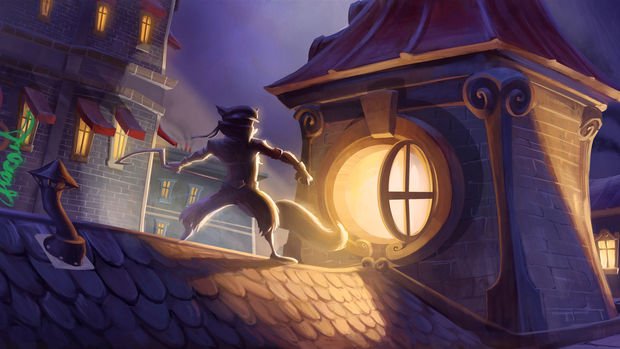 The first thing I noticed when the gameplay demo started was how much Sly Cooper: Thieves in Time looked exactly like the games on the Sly HD Collection currently on the PlayStation 3. Like, exactly.

And to be honest, that was a little disappointing. The trailer shown off at the Sony press conference was obviously pre-rendered, but it had such a distinct and gorgeous art style that I was hoping this fourth game in the series would be a little more of a step up in the graphics department.

Luckily, though, as the demo progressed, the small details in the visual presentation came forward and I was much more impressed.

First, to clarify an earlier mention, Sucker Punch is not doing this game. The duties have been taken over by Sanzaru Games, the creators of the still-impressive Sly HD Collection on the PlayStation 3. Don’t freak out, though, Sly fans: Sanzaru Games seems pretty gosh-darned capable of making a good game. In fact, on some points, they may actually be improving on the series.

As the level played out, I began to notice the animation. During in-game cutscenes or even when just running around the stage, the characters display stunning facial animations. A lot of work has been done to make the game’s characters as expressive as possible, and it shows. 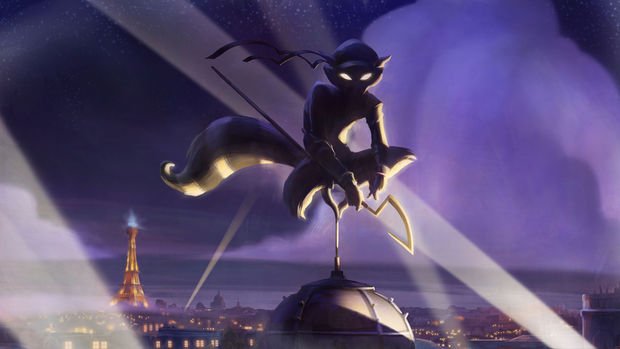 My favorite addition to the game, though, is the use of costumes.

In previous games, costumes were used primarily as cover to sneak into important parties or museums. In Thieves in Time, costumes grant Sly powers that can be used to access secret areas and perform special moves. This immediately made me think of Metroid, and that made me very happy.

The two costumes shown in the demo were the pirate (I think?) costume and knight costume. The pirate costume allows Sly to slow down time (awesome use of this in a platformer section!) and the knight costume equips Sly with a shield that can be used to deflect projectiles.

I am in love with this new costume mechanic. Since I am assuming the gang of thieves (Sly, Bentley, and Murray are reunited for this game!) travels back in time at some point, one can only guess each of these time periods contains a special costume that Sly can equip. 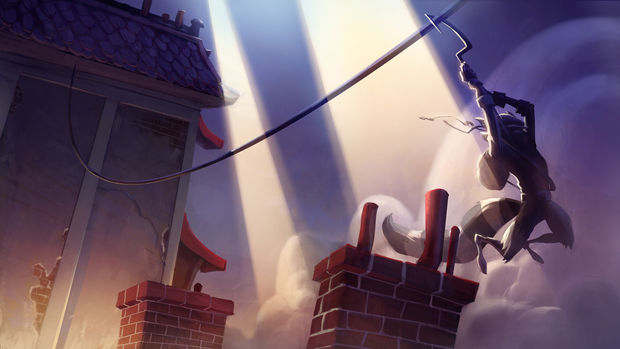 The demo also showed off a boss fight with a tiger named El Jefe. The boss battle was great, and Sanzaru promised each battle would be huge and include multiple tiers. Fine by me!

When asked about which previous game in the series Thieves in Time was most like, lead designer Matt Kramer said his team tried to pull something from all the games. As a huge fan of the series, this makes me happy, as the last game (Sly 3) had a little too much of an open-world feel. I want more platforming from the original game!

All in all, I left impressed with Sly Cooper: Thieves in Time. I still have my doubts about the graphics, but the game is not out until 2012, so there should be plenty of time to clean things up.

This I know: I love Sly Cooper and Thieves in Time looks like a worthy new entry in the series.