This is me on just about every first-person shooter at E3 2012. It takes effort to discern what separates the new Crysis, Medal of Honor, and Call of Duty from their previous installments. This is not the case with Far Cry 3, which is a bold departure from the series that stands out at E3.

Yes, there are still jungles, rebel factions, and an open world to explore. But, this is also a game where you find a tiger hanging from the ceiling, impaled by four bright, candy-blue neon lights. This is a game that opens with you having nasty, wild voodoo sex. Far Cry 3 is kind of crazy.

The changes made to Far Cry 3 single-player are aesthetic as much as they are system-level changes. Both make a striking difference to a series that many have found intimidating and dry in the past. I include myself in that group. As many things as I loved about the previous two entries, there were far too many shortcomings for me to enjoy the games.

Far Cry 3 sheds off some of the series’ hardcore elements, but it’s not exactly dumbed down to the extent of Crysis 2 (a good game, mind you). The first thing you’ll notice is just how much faster the action has become. Everything from running to snapping into ironsight aim feels quick, and the action surrounding these slight changes complements them. Enemies are much more frantic and aggressive in Far Cry 3. Instead of hiding behind cover and taking potshots at you, the enemies in the demo come running like crackheads, tossing molotov cocktails along the way. 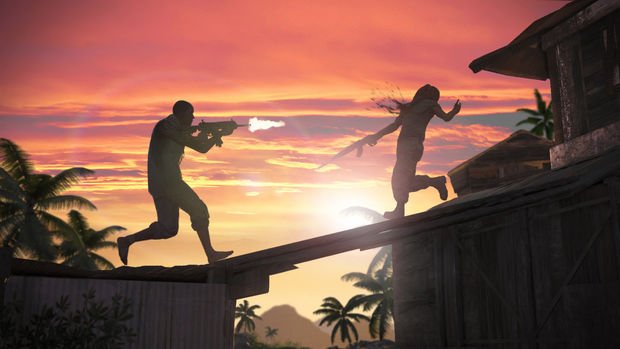 Year by year, every action series is becoming more like Call of Duty and Far Cry is no different. You are now rewarded XP in game, given waypoints every step of a mission, and funneled through some heavily scripted moments. These additions are concerning because they go against the immersion and expansive world that has defined the series. Though, I must admit, they add some much needed immediacy to the action. Regardless, I hope waypoints and XP notifications are optional UI elements, when the final game ships.

Though the E3 demo was tightly scripted, it is not representative of the final game, according to lead game designer Jamie Keen. Far Cry 3 will follow the same template of Far Cry 2: Take on faction missions and do lots of optional missions on the side. Like Assassin’s Creed, all of these missions serve a purpose. Taking over a radio tower gives you access to new areas, hunting animals lets you craft new gear, and taking over outposts will let you put your rebel allies in charge (unlike the ever-spawning enemies at the annoying checkpoints in Far Cry 2). Far Cry 3 is shaping up to be a much more polished, thought-out version of its predecessor. I just worry Ubisoft may let the goal of player convenience drive away what makes the series so unique. 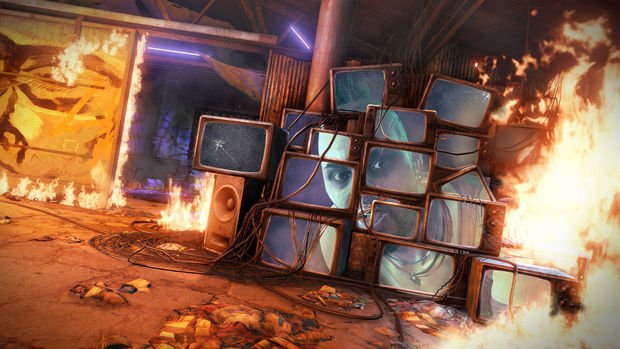 One change I do appreciate is the strong aesthetic shift in Far Cry 3. The demo opens with some evil, tribal voodoo sex action and closes with you walking through an “LSD fever dream”-like world. If you’ve seen Ubisoft’s press conference, you’ve already seen this stuff but it was cool nonetheless. I absolutely adore the game’s weird, trashy late ‘90s rave lights obsession. Obscure reference, but it gives me the same feeling of Enter the Void. It’s harrowing, gross, and stunningly beautiful at the same time.

There is something really impactful about an AI character grabbing your hand and begging for death. As you can see from the above, Ubisoft’s Far Cry 3 demo was all over the place and not very representative of what the final game will be. However, I feel mostly good about the changes to combat, the new story focus, and the look of the game.