“Did anyone write that Fable: The Journey looks like it’s on rails?”

This is Peter Molyneux’s first question that he poses to us during a behind-closed-doors demo of Lionhead’s upcoming Kinect game, which was revealed earlier this week. There are only two other writers in the room, so I bite the bullet and raise my hand.

“Yeah, I’m pretty sure I’ve said that,” I tell him. He’s not surprised; the expression of his face indicates he knew he’d be explaining himself all week. He grabs a permanent black Sharpie marker, and stands up.

“It’s not on rails,” he says slowly, as he scribbles those words on the wall behind him. “Okay, and then we’re going to have a little tally about how many times I say that.”

By the end of the 15 minute demo, which took place this past Tuesday, Molyneux had marked it three times. 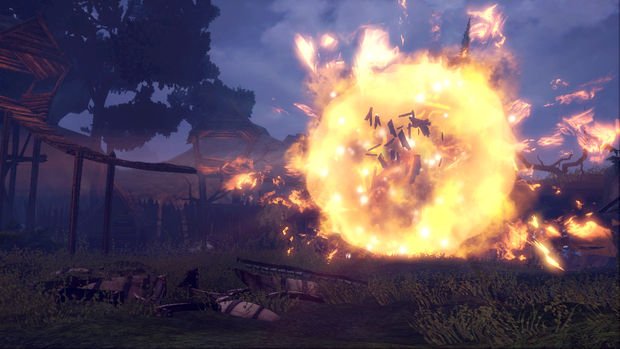 “What’s incredibly frustrating is you do these demos that we do, and at E3 I kind of have to be on rails because you’re going to be doing talking through it,” he explains. “But this game is not on rails.”

Born out of a number of prototypes and experiments (and a little something called Milo), Fable: The Journey is Lionhead’s first foray into using the Kinect tech in a true game. Molyneux and the team decided it wanted to nail two things: that players would have a sense of freedom and that they’d also have a sense of control without being too exhausted.

The result was the horse and buggy navigational method of Fable: The Journey. It involves holding your arms out like holding reigns, and reaching your arms slightly forward left or right independently to move in that direction along a path. To move the horse forward or speed up, you simple “whip down” with both hands. Fable: The Journey will even use voice recognition, and you can teach your horse to recognize your voice by saying something like “C’mon, girl” to get her moving. By the same token, you can even be as nasty as you want to the poor creature to get her to respond.

“The navigation is all about the emotional connection,” he explains. It’s the reason why you’re riding a horse and not, say, a car. It’s a “living, breathing thing,” adds Molyneux.

“There’s a huge number of scenarios, there’s beautiful moments about losing control over your horse when it gets hurt or when it gets scared that you just wouldn’t feel with a controller.” 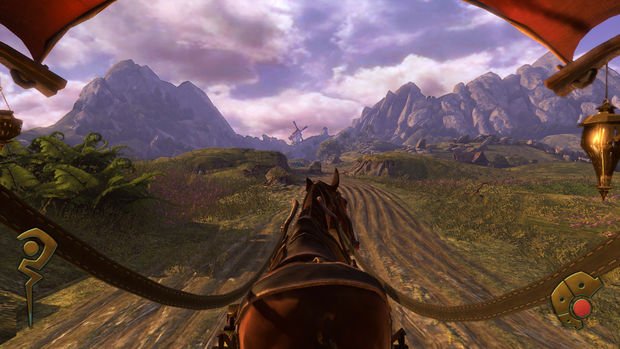 The demo we saw was direct, almost — dare I say it — on rails. But as Molyneux explained earlier, that’s simply a product of having to give a refined demo in a short period of time. While we didn’t see it, he explains that you’ll be able to weave through mazes and tunnels, head of in various directions, and choose your own paths as you move through the world on your horse.

The horse isn’t simply a mode of transport. You’ll be able to attack from the back of your horse, carry people with you in the back, engage in a high-speed chase through the mountains, and more.

The magic system, the main method of attack, was also designed around freedom. Molyneux says it’s “completely as unique as you want it to be.” The player controls two reticles on his screen, one for each hand. You’ll move your hands around to gather magic orbs and then push outward to cash a spell. But Molyneux is quick to point out that there are multiple ways to use the magic, calling it a “wonderful toy.” If you want to lean back lazily and wave your hand, your magic will react accordingly. But it will also take into account speed and velocity, so players who get into their role by wield more extravagant magic.

We also see a “push” and “squeeze” method of creating more powerful spells before pushing them out. Watching a person play, it looks pretty wild, like they’re at some kind of early 90s rave.

You’ll also be able to use your magic to enter a creation mode where you’ll spin your hands around. We saw a spear created (and then tossed) in our demo, but Molyneux promises other items like shields, fishing rods, and telescopes can also be produced. 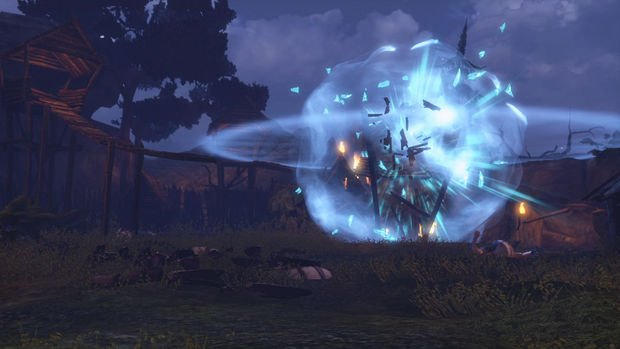 Having not seen anything beyond the guided demo, it’s difficult for me to say with certainty that Fable: The Journey is not “on rails” in the traditional sense of the term. Speaking with Molyneux and getting a closer look at the game, what initially appeared to be another case of gameplay that had you waving your hands wildly seems to have more nuances than expected.

Only six months into production, it’ll be awhile before we can find out if Fable: The Journey is that “core” experience we’ve been counting on. Until we do, don’t forget: it’s not on rails.

You can bet I’ll be following up with Microsoft to see how Molyneux’s tally went.