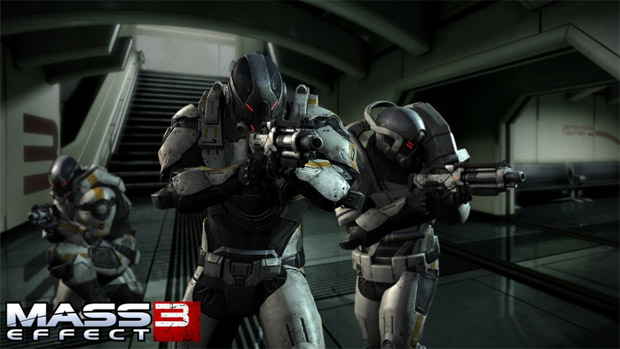 With countless Mass Effect 2 “Game of the Year” awards to its credit, what does a celebrated developer like BioWare do next? It would have been easy to craft a new story and deliver the same experience, and likely it would have received rave reviews.

In the early look the developer gave us of the game in action, it’s immediately obvious that the basic blueprint of Mass Effect 2 has gone largely untouched. While the leap from the original to the sequel would make an Olympic long jumper blush, you don’t have to really fix what ain’t broken.

But this is BioWare we’re talking about, and for the renowned developer, just good enough is never truly good enough.

“We’ve really been listening to a lot of feedback that we’ve had,” says producer Casey Hudson, “and we’re trying to build in all of the things that we wanted to do, and a lot of the feedback from our fans about how we can make this the best game we’ve ever done, and the best game in the series. So we’re doing exactly that.” 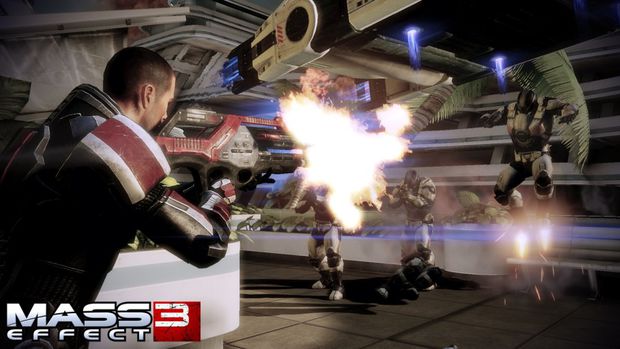 The focus boils down to a few areas, the first of which is the game’s moment-to-moment gameplay. We already saw a drastic shift in Mass Effect‘s third-person action from the original to the sequel, and now BioWare is looking to push it even further. BioWare is putting an emphasis on intense action, including new weapons, like throwable hand grenades — a first for the series. The feel of the weapons have been tweaked, as well, with aiming feeling “better and more precise.”

How Shepard will be able to move through the world is also being tweaked, with attention on fluidity and speed. You can now perform combat rolls in action, both forwards, backwards, and into and out of cover. You’ll also be able to quickly hop over objects while running. Because of these new movement skills, BioWare has had to completely change how it views building in-game battle settings.

“The environments are actually a lot more 3D, a lot more vertical this time,” Hudson explained. “So there’s falling, there’s climbing, there’s leaping across gaps. And these things really tie in with the cinematic nature of gameplay, to creature an environment of combat, versus just a linear level you’re moving through.”

The resistance Shepard and his (yes, it was a male Shepard in our demo, of course) crew will be facing will also being seeing a significant upgrade, promises Hudson. Enemies will not only look different, but have unique behaviors to match. In the hands-off demo we saw, some enemies wearing rocket boots flew into combat; others crawled out holes in an attempt to catch Shepard off guard.

BioWare is also focusing on battle tactics in a number of ways, including adding in enemies who are “piece based in terms of how you can rip them apart.” One example might be an enemy holding a shield, which leaves you a few options, including flanking them or using Biotic powers to simply rip it right out of their hands. These kinds of enemy state changes may also affect AI, as it will change tactics based on changing situations in battle. 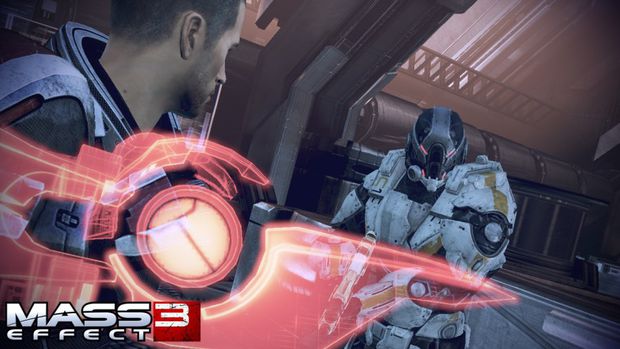 We also had a chance to see Shepard’s latest gadget in action, an energy sword-style melee weapon known as the Omni-blade. Shepard was able to move in close to skewer or slash with the blade, even rolling in before rising up with the weapon. The idea is to make in-your-face battle a more visceral, brutal and attractive option, versus an ineffectual last resort.

The brief demo we saw closed with a massive mech entering the fray, one of the game’s new enemies called the Cerberus Atlas. While doing battle with the hulking lump of metal sounds like a bear, it could also be one of your biggest assets in battle. By taking out the pilot, Shepard can then enter the Atlas, stomping around an area and firing back at the enemy.

For all of the focus on combat, you might be surprised to hear that BioWare is also hoping to bring back some elements that many fans felt were stripped out of the sequel.

“We’re really adding a deep role-playing experience back into the universe,” said Hudson, “so that you have a lot more choices and a lot more activities to do that really shape the way you experience the game and the way you fight.”

While we didn’t get to see much of that in action (the demo was entirely combat-based), Hudson detailed a system in which both weapons and armor can be modified. By throwing a weapon or piece of armor on a work bench, you can add or remove modifications to customize the piece. This not only changes the way it looks, but the way it functions.

Ability customization is also being tweaked. New powers are being added, with many being specific to certain classes. As the powers grow in strength, you’ll have to make choices, because they branch out as new levels are added to the powers. They’ll do “different things depending on what flavor you choose,” said Hudson, but wasn’t ready to get into specifics. 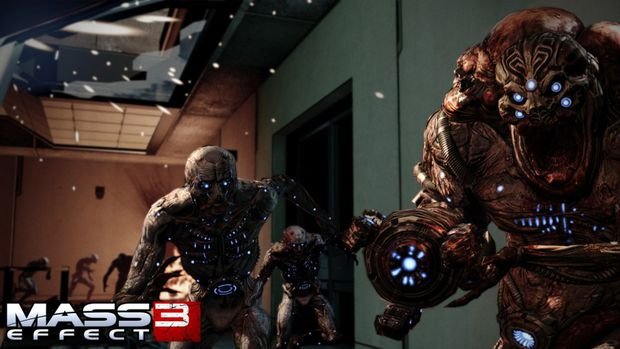 As the final piece of a trilogy, BioWare knows people are expecting a massive blowout, and it hopes to deliver with an epic conclusion. Reapers have invaded Earth, taking control, and Mass Effect 3 sees Commander Shepard rallying the galaxy to combat this threat.

“This is a story of full-blown galactic war,” explained Hudson. Mass Effect 2 was essentially a “collection story” (Hudson’s words) where you were recruiting single characters and “collecting loyalties, essentially.” Mass Effect 3 is a bigger picture tale, one of a full-scale war effort.

“This is a much more story-driven, high level narrative type of experience,” Hudson said, “and the commodity that you’re accumulating is the war effort. All these different plots you’re doing, the biggest campaigns in the story break down to the smallest list of missions and side-quests. All of these things contribute in some way to assets that are part of this war effort.”

“So you might get an entire fleet or army on your side,” he continued, “or a weapon, or a hero that’s going to come and help you out. All of these things, the more of them that you do, the more success you’ll have as you pursue that final battle against the Reapers. And also, [that means] more choice you’ll have in determining the final fate of the galaxy.”