Up until now, Square Enix and developer United Front Games have shown off very enclosed, focused areas of Sleeping Dogs. So it was about high time they finally let the press loose on the city of Hong Kong in its full open-world sandbox goodness.

In this case, we were thrown into the game right near the start, about five missions in. Main protagonist Wei Shen is an undercover cop trying to take out the Triads from within. As this was the beginning of the game, he’s still a pretty a low-level thug working his way to the top, trying to make a name for himself and get in deeper.

We didn’t have all the time in the world, so as much as I wanted to go around trying to break the early build of the game, I instead followed the nav point on my mini-map to the nearest martial arts dojo. Sleeping Dogs has a few different upgrade systems in place; in this case, I was on my way to learn some new fighting moves. You can only learn new moves by finding and giving Jade Statues to the martial arts instructor. With every statue you find, you’ll be able to access the fighting moves tech tree. Performing these moves requires different button combinations, much like a fighting game would.

Once I learned a new move, I went off to start a mission that saw me meeting up with a friend of Wei. The pair got to talking about moving up in the world, so they concocted a plan to steal a rival gang’s shipment that had just arrived at the docks downtown. 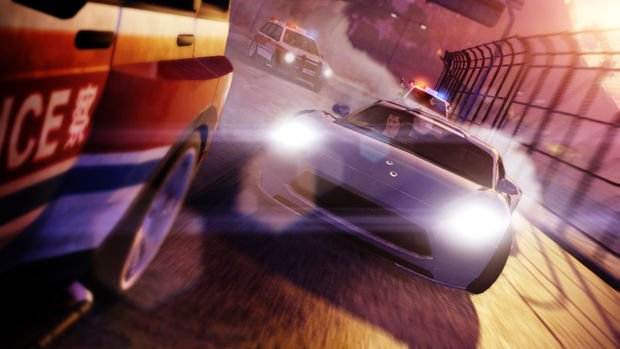 The pair drove down and Wei had to fight off the rival gang while the friend loaded the getaway vehicle with the goods. United Front’s Dan Sochan, producer of Sleeping Dogs, feels this is “the most advance fighting system of any open-world game,” and I have to agree. The fighting is pretty seamless as you bounce from one baddie to another, Batman: Arkham Asylum style. X (on the Xbox 360 controller) is your main attack, B is your grapple move, and Y lets you counter-attack just about anything thrown at you.

Enemies will surround you, and incoming attackers are highlighted in red. Press the counter-attack button just in time and you’ll reverse their attack. Hit too soon or too late, and you’ll take some damage. Grappling lets you attack those that are blocking too much, and it also allows you to take advantage of the environment. Wei can channel his inner Jason Bourne from simple things like using a car door to slam a guy’s face, to extremes such as impaling a guy onto a broken pole. Funny, considering how Wei is an undercover cop.

Once the car was loaded, the pair took off but a cop soon gave chase. Driving has a very arcade feel, so it’s very easy to drive well right from the start. You also have this cool feature where pressing the right or left shoulder button will let you perform a quick slam attack. I slowed down for the cop car to get close enough, and performed the slam move to knock the cop out of commission. 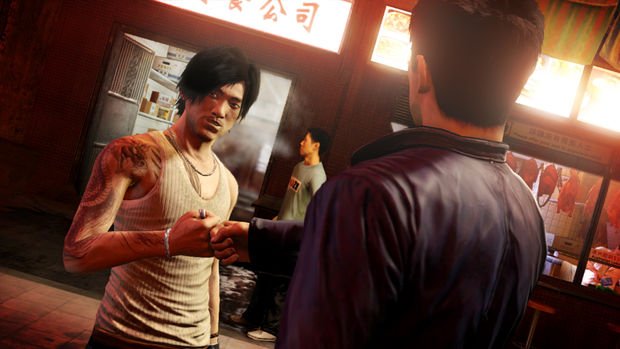 Once the mission was over, I was awarded some experience points that I could use to upgrade my police and Triad abilities, my health, or my reputation in a similar skill tree system as the fighting upgrades mentioned before.

After upgrading Wei, I put the controller down and found it hard to walk away from the game. There’s so much to do, and I only scratched the surface. There’s a whole living, breathing world and you’ll be able to partake in all sorts of activities, including gambling, cock fights, fight clubs, karaoke, and even dating.

I really enjoy open-world sandbox games and especially adore Sleeping Dogs. What really sets it apart from other experiences is the Hong Kong setting. I’m so used to the familiar American environments, and while those are fun they also offer a level of familiarity that doesn’t stress you out, I’ve never stepped foot in China so it’s like exploring a whole new world to me. From the culture, the way people interact, drive — everything just has a freshness to it that makes every single thing feel completely new and alien. I can’t wait to get lost and immersed into it all.