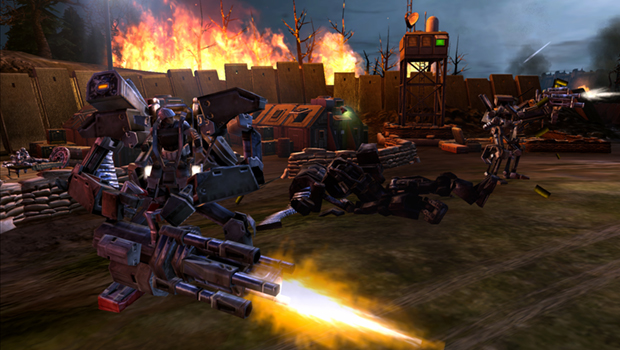 You had me at RTS, but lost me at MMORTS. What’s that? You’re made by ex-Westwood Studios members and heavily inspired by Relic Studios’ output? Okay, you have my attentions again, End of Nations.

End of Nations is an ambitious RTS game that combines the persistent world, factions, and character customization of MMOs with the resource capturing and tactics of an RTS game (think “Company of Heroescraft”). You can read more about the ins-and-outs of the game in our previous coverage. I’ll focus on what’s new at E3 here and my impressions of the game. 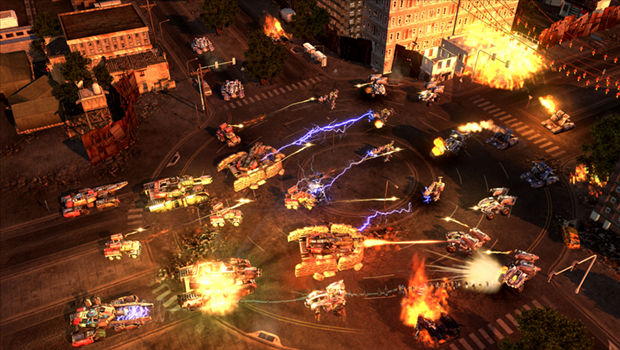 Along with ridiculously large maps (28 vs. 28), End of Nations will feature 2-on-2 maps that play drastically differently. These maps incorporate the AI-controlled brainless troops found in DOTA and other MOBA games to add some friction to smaller matches. So even when you play with only four players, End of Nations will still be hectic and tense. Want something more relaxed and slow? Look elsewhere.

Despite the heightened sense of speed and units on the field, End of Nations does many novel things to ease players into the game. For instance, hovering over units will immediately tell you everything about them, including whom they are likely to win and lose battles with. No more need to have a spreadsheet in front of you to learn the rock-paper-scissors logic of battle. 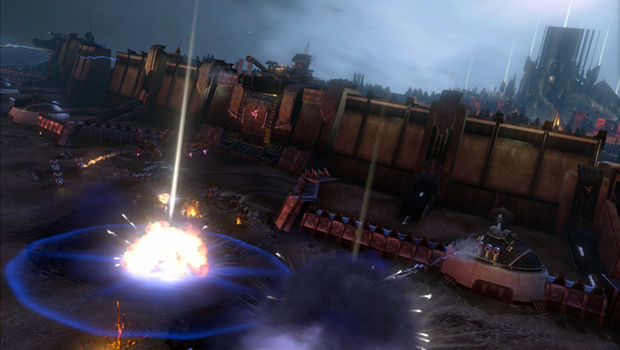 Another nice feature are the Elite Companies that serve as a starter pack for new players. Choosing your unit loadout (there is no base building) can be a daunting task, given the options available in End of Nations. So, for the first few maps, you’d better served by using one of these pre-set units that are designed to work together.

For example, the Blitz company are a fast group of German infantry that can quickly infiltrate enemy lines and capture resource points. Conversely, Liberation Front are a group of rebellious French-Canadians with powerful, long-range tanks that rely on scout units for reconnaissance. Whatever your play style may be, there will be a company that meets your preferred approach. Once you feel comfortable working with these starter groups, you can start building your own unit loadout.