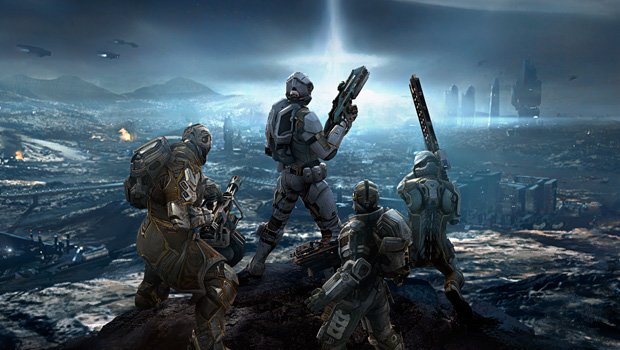 There’s a hot new trailer for Dust 514, the upcoming free MMO FPS for PS3 by CCP. (OMG!) Watch as people get attacked by tanks before taking revenge with an orbital strike from massive spaceships. You can still sign up for the closed beta, which starts for those lucky random participants on June 29. There are more beta events scheduled throughout the summer.

As part of Sony’s Virtual E3 Experience, gamers can visit a Dust 514 area in PlayStation Home, with the first 10,000 visitors getting “all access” beta keys that guarantee access to every beta event. If you miss out, keep visiting, because there will be more keys given out as the summer continues.

The PlayStation Vita is also getting a companion app called Dust 514: Neocom. Users can customize characters, interact with other players, and make purchases on the Dust 514 marketplace. The app will be released alongside the main game, later this year. With Microsoft also announcing SmartGlass today, I guess companion apps are the new trend.