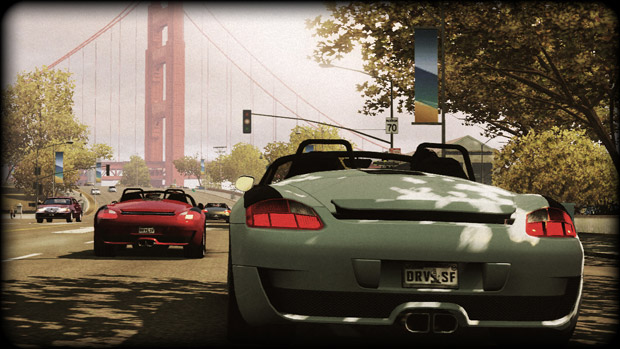 Driver: San Francisco slipped quite a bit since it’s initial Q4 2010 release date, but here’s a trailer to see how it has come along since then. Not much has changed on the gameplay front. You still drive a car, use the “SHIFT” mechanic to move from car to car using your projected consciousness, and drive around some more!

Nine online modes will cover most of the multiplayer, and the city itself will be dotted with 20 races and 80 “dares” to do some more racing outside of the storyline. You can also record your stunts and chases with a Director replay mode, and then edit and share your movies.