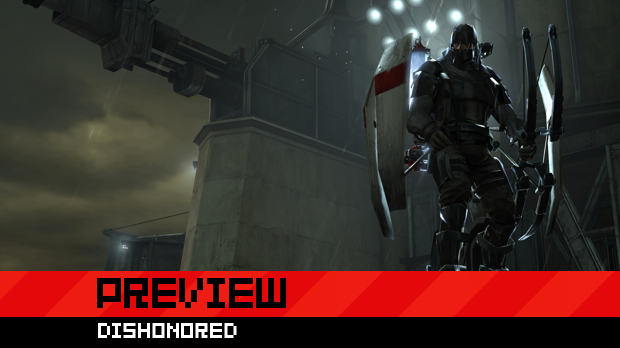 First-person, steampunk-flavored supernatural stealth action, anyone? It sounds weird, but it works wonderfully. Arkane’s Dishonored is all of that and more, making for a game that is all over the place, but in the best way. If you think you might dig creative killing in a fantastic fantasy sandbox, Dishonored needs to be the biggest blip on your radar. It’s strange, but oh so good.

For those that missed our hands-off preview a couple of months ago, Dishonored follows Corvo, a bodyguard of the empresses that was falsely accused of murder. You play as this supernatural assassin, who runs in the shadows of a steampunk-ish world under tyrannical rule. It’s an odd world that is powered by whale oil, but a strange new technology has changed the social system. You don’t care about the details, though. It’s your playground. 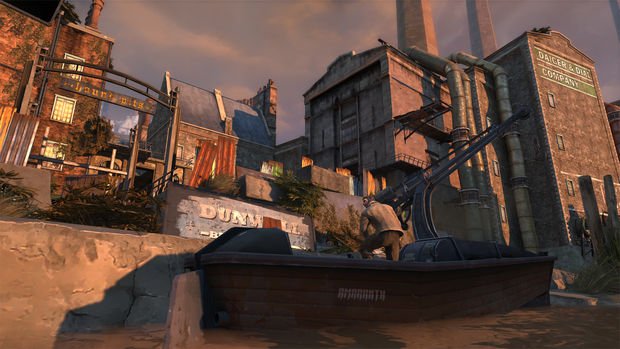 I’ve been following this game since I heard that it would mix stealth play with both magical and steampunk influences, and I’ve been looking forward to getting my hands on it since then. I had assumed that my first time out would be a limited experience, with maybe only a few of the teased powers available, but Arkane Studios went all out for this first hands-on showing, giving us access to just about all of Corvo’s supernatural arsenal. It was too much power at first.

Speaking of too much power, Corvo can freely teleport, a game play feature that really changes how one would approach stealth play. Sneaking up on-foot behind a person to kill them seems like the long and slow way to do it after trying out teleportation in Dishonored. It’s zap, you’re there; tap, they’re dead.  It’s so fun, and it never gets old.

The short-range version, called Blink, can send you just about anywhere in sight. The power can be upgraded later to send you even farther from your start point. Imagine being able to double jump off a ledge, and then, in mid-air, Blink to a distant ledge to pop through a window and surprise kill a target. It really is as cool as it sounds, too. 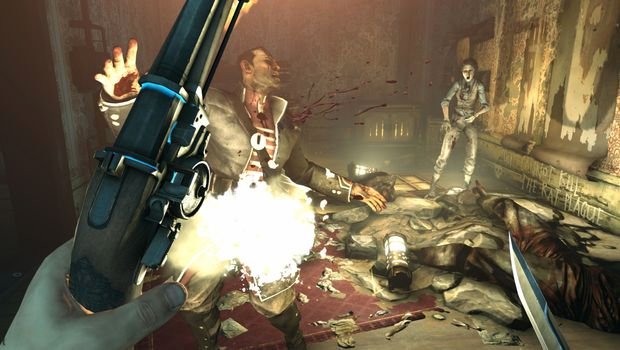 But teleporting is only a small part of what Corvo can do. In this totally maxed-out demo, we could possess others’ bodies, see through walls and even send hordes of rats to devour enemies. Having all of this power reminded me of having all the plasmids in BioShock, but in a stealth setting, and with teleporting and super-nasty violent kills. That sounds good, doesn’t it?

For me, one of the biggest draws to Dishonored is that you’re free to approach the game in any way you wish. Arkane says it’s totally possible to play the entire game without killing, though I’d say that this path would have players missing out on some of the joys this game provides. Given the game’s fairly high difficulty, even with all of these powers unlocked, I died enough times that I was able to restart the mission using several different gameplay approaches.

I found the bold and brutal approach to be the most difficult. Marching out with weapon in hand, with no regard to stealth, I was able to take down individual guards, but when they worked together against me, I had little chance of surviving. Not that full-on stealth was any easier for me. To be fair, peeping through keyholes and eavesdropping aren’t my style, though. I’d always get caught anyway. For me, the most enjoyment came out of blending the two, and then throwing in some brutality for the hell of it when the opportunity presented itself. 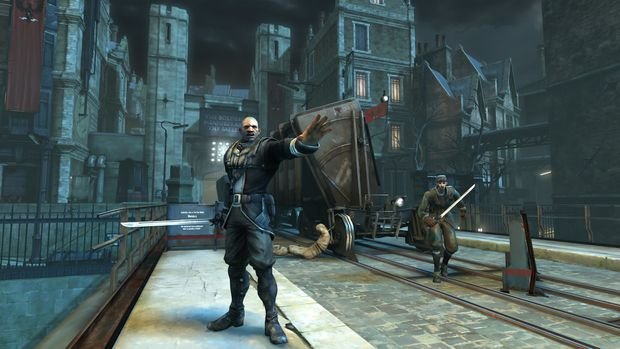 In a mission where I had to infiltrate a doctor’s lab, I used stealth to make sure that I could have quiet, one-on-one battles with the first set of guards outside. Later, for enemies in the distance on a stairwell leading up to the entrance, I closed the gap by teleporting behind them to quietly take them out. Once inside, where I knew the lay of the land, I’d watch individual enemies be gnawed to death by rats that I had summoned just for them. I killed a nurse for no reason! I killed one of the mission’s key NPCs in the middle of his explanation because I was tired of listening to him talk! In my last and most successful run of the demo, I was having so much fun experimenting with how to kill that I found that I wasn’t paying attention to the mission. I ran around in a dazed bliss, looking for my next victim.

In a hands-off presentation we were able to check out a newly revealed area of the game called Flooded District. In this area, people that are infected by the plague are to be contained. In this nighttime setting, a patrol made up of stories-tall stilted robot-like vehicles walked around, with their spotlights searching the dark corners around city buildings to take out any of the infected “weepers” that might try to approach the city’s wealthy. In what Arkane called an expert-level fight, we watched on as one of the patrol spots Corvo. Sirens began blaring in the distance. The patrol thing began shooting missiles from above, forcing Corvo to dodge, barely holding on. Corvo pushed back, literally, with his Wind Blast power, which sent a gust from his hands out and above, toward the patrol vehicles. This didn’t last long; the demo player quickly died. 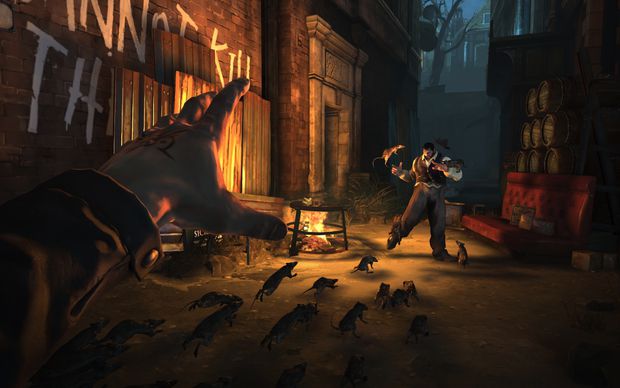 Dishonored is practically begging to be played through multiple times, for multiple reasons. First, the wide variety of powers you can play with presents the player with different load out options, and seeing as how you cannot equip all of the powers in one play through, you’ll probably want to give it at least a second go to try out some of the ones you missed the first time. The varied gameplay style approaches will also have players trying it a different way in a second play through. Arkane says the game can be “ghosted” from beginning to end, with even key assassinations having non-lethal solutions. Finally, Dishonored will actively track how many players have killed, what type of people they killed, and how they approached overall gameplay. Players’ “darkness” will be tracked, and both gameplay and the game’s ending will change accordingly.

With its strange and interesting setting and openness in gameplay, Dishonored looks to be one of the most promising titles of this year. While we would need to see more to make a call, it’s clear even now that this game is definitely going to change the way you think about first-person stealth games.

If you’re not excited about Dishonored yet, I’m going to teleport behind you and slit your throat.