One of my favorite things to do at E3 is visit the smaller publisher and developers and try out their games. Usually creative and made with such a large amount of heart, the smaller games at E3 are always a breath of fresh air.

This year, my favorite stop with a publisher-that-is-not-EA was Daedalic Entertainment, a German-based company that loves to make graphic point-and-click adventure games. You may have heard of and played some of their older titles like The Whispered World.

The new games they had to show off were right up my alley. 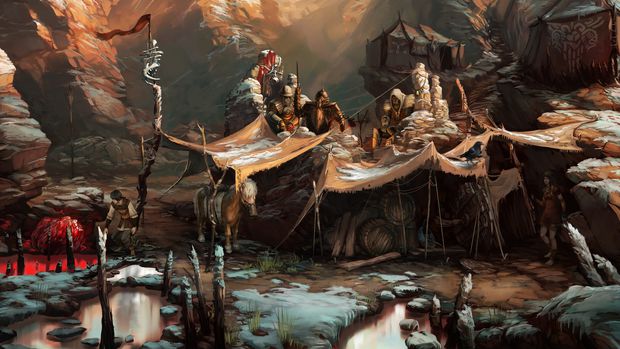 The two games Daedalic Entertainment showed off were The Dark Eye: Chains of Satinav and Deponia. The Dark Eye is a more traditional fantasy adventure game like King’s Quest, while Deponia is a wacky adventure set in space that very much reminded me of Space Quest.

Both games look absolutely gorgeous, with hand-drawn backgrounds and smooth animation. Just looking at the games for the first time brought back such memories of how beautiful adventure games used to look with their hand-drawn and hand-painted art.

As great as the little I got to see of Deponia was, that game is still a little ways off. I will focus on The Dark Eye, as that is the game that featured an extended demo. It will also be available on Steam on June 22, so the release date is only a few weeks away! 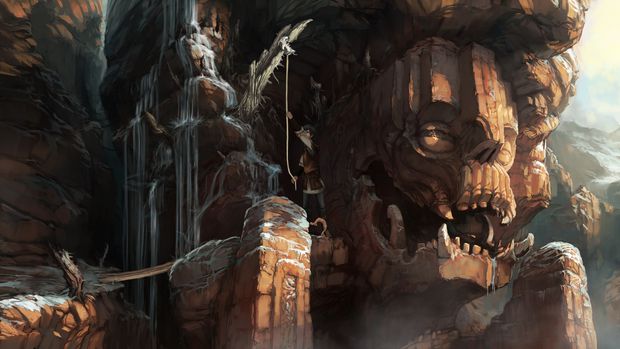 Like most point-and-click games, The Dark Eye involves a main character exploring a vast world, interacting with characters, and solving puzzles to reach the end of the game.

Obviously, the first thing you will notice about the game is how gorgeous it looks. The fact that a small group of people made a game that looks this good really boggles my mind. It’s incredible how talented some people in this world are.

Exploring the world is as simple as clicking on any object or character you want to interact with. Again, it is classic graphic adventure stuff. In addition to this, a very large inventory system is also used. Like most adventure games, you can pick up a ton of items, some so random you won’t even know where to use them until just the right time. 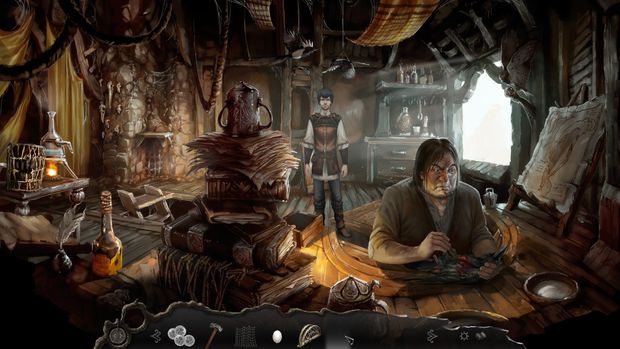 One addition to The Dark Eye: Chains of Satinav is a basic, yet effective magic system. Along the way, the main character can learn spells that will interact with the environment. One spell will break items. This can be used in many scenarios with no real result — it is more of an aesthetic thing. But some items need to be shattered to solve puzzles.

In one scenario in the demo, the main character was tied up and trapped in a cave. By using his magic power combined with many items in his inventory, he eventually escapes in a plan of almost Rube Goldberg-proportions. It was quite complicated, but very well-designed, so the solution could be figured out eventually with some focused thinking.

In fact, all of the puzzles in the Dark Eye felt very challenging, but never too challenging to be frustrating. I am one of the first people to admit being driven to madness in some old adventure games, due to the puzzles being near-impossible.

That is not the case with Dark Eye. Yes, the puzzles are tough, but they are never too daunting. 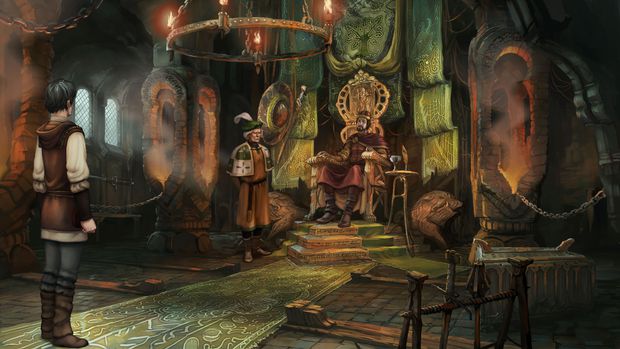 If I had to have one negative about both the Dark Eye and Deponia, it would be the localization. So far, the localization is not perfect, leaving jokes kind of hanging and some dialogue very awkward. It is not a deal breaker by any means, but when the games are so visually strong and beautifully designed, you want everything about them to be perfect.

The same can be said for the voice acting. While not bad, it definitely could use a little work.

Outside of these small issues (or big, depending on what you look for in an adventure game), both The Dark Eye and Deponia look great. I adore adventure games, and I am very much looking forward to playing both of these promising games.

Deponia is still in production, but The Dark Eye: Chains of Satinav is set to hit Steam on June 22.

If you are a fan of classic adventure games, you will want to check this one out.