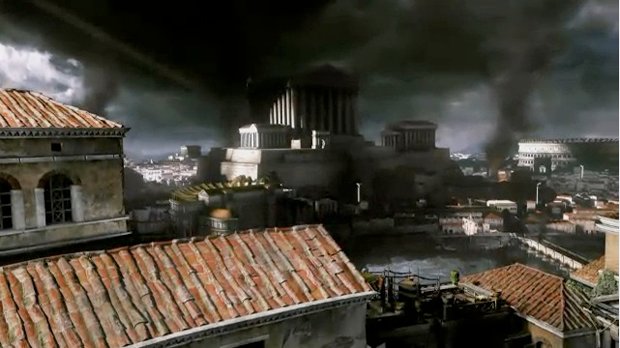 Last year’s E3 had an intriguing teaser for an exclusive Xbox 360 game by Crytek called Codename: Kingdoms. And since then…we’ve heard nothing about it. Now, the codename has been dropped, with the game going by the new moniker Ryse. It’s a period piece set in ancient Rome, with wartorn environments and lots of sword fighting. More interesting, though, is the reveal at the end of the trailer that the game will be controlled by Kinect motion control.

The Ryse trailer had great graphics, but was all pre-rendered, showing no gameplay footage at all. So in the end, we’re left with little more information than we got last year. But at least we know we’ll be swinging our arms to control a Roman soldier, right? Check out more pictures of Rome burning in the gallery.