Were you at E3? Then there’s no way you could have missed the crazy hobo-looking dude preaching something on the path between the two main show floor halls of E3. There’s a certain big city mindset people develop where after you’ve lived in a city long enough, you kind of just block out the crazy people.

Well that’s what I ended up doing to the man preaching “No Hope Left” each time I had to pass him. I legit thought he was just some random guy off the streets and that security wasn’t on to him yet. It wasn’t until the second day that I realized he was promoting Resident Evil 6. 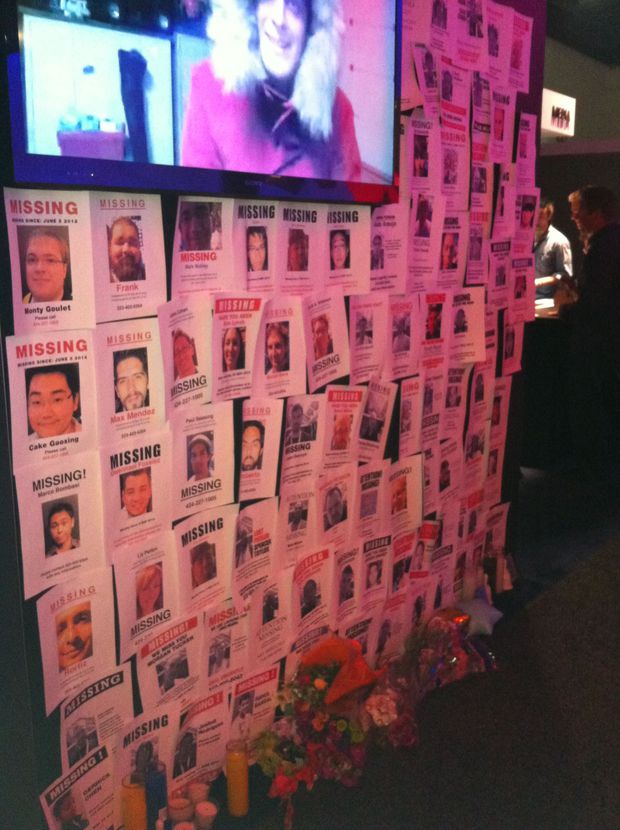 What the crazy man was actually doing was handing out sheets that would give people directions on how to get their picture taken, and appear on the wall full of “missing” people. Well, actually, I’m not 100% if that’s what the sheets actually said.

I only ended up getting my picture taken after a Capcom representative noticed me staring at the wall of missing posters on their booth. Afterwards, she handed me the sheet but big-city mindset kicked in once again, and I ended up tossing the paper without reading it.

Later in the day I went to check the wall again to see if my image had made it and sure enough, my crazy eyebrows were proudly on display. I ended up calling the number on my sheet (310-658-9184) but I can’t actually make out anything the person on the other end is saying. Probably something about the C-Virus.

Regardless, a pretty cool idea to promote a booth/game, even though I kind of just lucked my way into the process. Check out our full hands-on demo of Resident Evil 6.

By the way, the crazy hobo man makes an appearance in our annual E3 floor run-through video at the 0:46 mark.