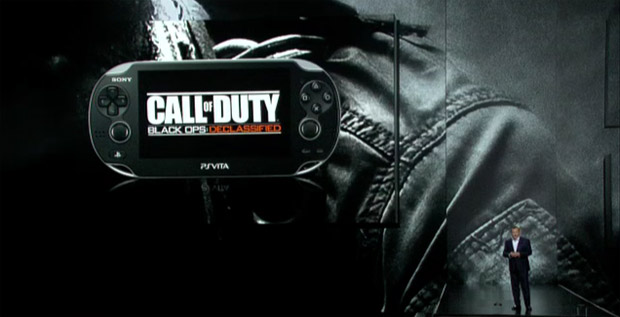 As announced during the E3 2012 Sony press conference, a new Call of Duty game will be making its way to PlayStation Vita later this holiday season. That game is Call of Duty: Black Ops Declassified.

Nothing else was mentioned about the title, although one can speculate that this will be related to the console versions of Black Ops but hopefully also offer an original take on the setting. I’m interested, if only because of the Vita’s larger screen and dual sticks.

Filed under... #Call of Duty#E3#PSP#PSVita