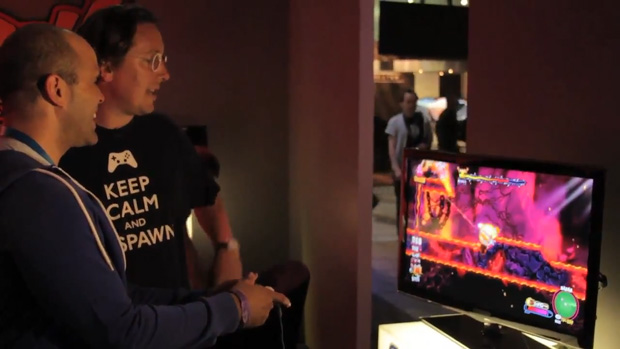 Jonathan Holmes headed to the Sega booth on the E3 show floor to check out a near-final version of Arkedo’s Hell Yeah! Wrath of the Dead Rabbit, a refreshingly self-aware action-adventure platformer. Studio head Camille Guermonprez walked Holmes through the game’s first boss battle and much more, and talked about how Arkedo wants to make a game with a few different levels of humor.

Hell Yeah! is due out this summer on Xbox Live Arcade, PlayStation Network, and Steam.