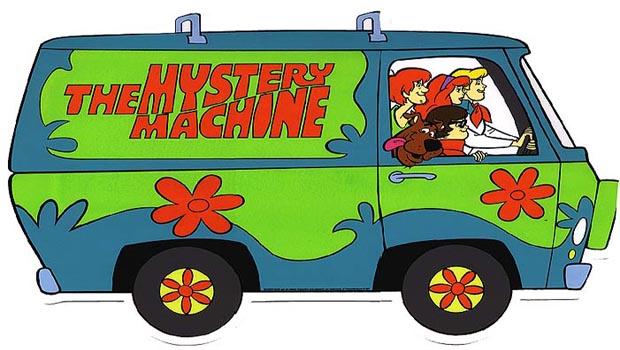 [As part of the leadup to E3, we’re posting Community hopes and predictions about what’s going to happen at this year’s conference. Check out our call for E3 blogs and post your own response in the C Blogs. — JRo]

Buzz already abounds in the gaming world as of late, regardless of what events are upcoming. Sony and the rumor mill continue to whisper about The Handheld That Is Most Likely Named Vita, Nintendo’s got everyone talking about Project Cafe, and the next round of modern-era FPSs has all the kids looking forward to calling you a homosexual after their bedtime in whole new arenas. Publishers are already announcing their show lineups, and a lot of it sounds enticing.

The thing is, none of that is what’s on my mind. It’s not that I’m disinterested; rather, it’s a matter of already knowing we’ll hear something about all the stuff being hyped already. That’s why it’s being hyped, after all. Instead, what I’m curious about are the projects that have been on silent running since their announcement a while back, games that have fallen to the back burner in many a gamer’s mind, if they haven’t been forgotten altogether. What am I talking about?

Ever since Activision snagged Bungie for a ten-year deal back in April of last year, neither party has been particularly talkative about what, exactly, they might be up to. It’s certainly not a Halo property, that still being Microsoft’s darling and in the hands of 343 Industries now. Is it an FPS, as per Bungie’s current experience would lend itself to, or has the collapse of the Derpaderp Hero line of games taught Activision to rein things in and be satisfied with Call Of Duty filling that role? Is it science fiction, modern day, fantasy, or something in between? Is it weird? Is it white? Is it promised to the night? So much as a teaser trailer would be more than enough to hook the attention of the masses, and given that it’s been a year since the initial announcement, any kind of news is long overdue.

I’d love to know what 343 Industries’ plans are in regards to its adopted child, now that Mama Bungie is moving on to other things. The Defiant Map Pack for Reach was a great initial showing that they’re capable of running with the franchise, but without the oversight of Bungie proper, one has to worry that Microsoft may try to cash in a bit harder than they should. The Halo universe is large enough in scope that they have plenty of directions they can go in, but will they be the right ones? The Covenant side of the story could certainly use more exploration, and perhaps forays into third-person play formats wouldn’t be out of the question. Give me a mediocre Kinect tie-in or something equally silly, however, and I’m going to start worrying. Though that would mean I can finally pitch my concept for a retro-style, Halo-based kart racer.

It’s also been half a year or so since Guillermo Del Toro mentioned he was in talks with THQ, THQ denied it, and then THQ pushed off any “official announcement” until the reveal of inSANE at the Spike VGAs. Given Del Toro’s inital mention of three-year dev cycles for each game, one would think six months would have yielded a little more progress, or at least, a little more trailer material. Granted, it’s equally likely that Volition’s been kind of tied up, finishing Saints Row: The Third and Red Faction: Armageddon, but even a nibble would be nice.

You Know The Drill. Assholes And Elbows!

This item has been confirmed and somewhat mysteriously hyped already, but I am dying to hear more about Aliens: Colonial Marines. The project, once thought scrapped, sounded and looked (judging by concept art) like everything an Alien franchise fan could want out of a game. With luck, it should do better and be less messy than Rebellion’s Aliens vs Predator reboot, but between Duke Nukem Forever and Borderlands (and the PC port of Halo, for that matter), I trust Gearbox’s handling of pretty much any first-person property.

After somewhat disappointing sales, alongside the revelation that the on-board software was more entertaining than any of the games available, Nintendo’s 3DS has kind of fallen off the radar for the time being. Overshadowed by Project Cafe’s presence on the console horizon, Nintendo has some splainin’ to do if they intend to hold their ground against Sony’s Playstation Vita. N64 remakes are all well and good, but I’d really like to hear more about their plans for new games for the system, or even some more AR applications. Anything that keeps the poor thing from becoming a Virtual Boy Portable would be welcome.

Sega’s done a great job of trotting out Dreamcast titles as console downloadables or on compilation discs, but it’s about time we saw more, solid sequels and revisitations of their classic properties. Sonic Generations looks to be as promising as Sonic The Hedgehog 4 was, but what of everyone else they’ve been doing little with aside from mascot sports and racing games? Phantasy Star Online 2 certainly has my appetite whetted, but I’m not the only one who needs to see a lot more before shelling out for yet another Hunter’s License. Jet Set Radio‘s long overdue for another iteration, and Space Channel 5 would lend itself well to a Kinect and/or Move title. And why can’t Fantasy Zone get an HD overhaul, if Monkey Paw can give us a new Burgertime, and Bionic Commando Rearmed can get a full-fledged sequel?

And, speaking of Sonic The Hedgehog 4, where are episodes II through whatever? It’s been a while, guys.

A year and change have gone by since 2K’s revamp of the X-COM franchise was announced, complete with a sweet gameplay trailer, without so much as whisper as to what’s going on since a demo at last year’s E3. It’s about time we heard and saw some more of what looks to be the most promising reboot since the new Mortal Kombat.

These are but a handful of the mysteries I’d like to see solved, or at least built upon, at E3 2011. Forget the fresh buzz, and let’s dig out some of the things that have fallen by the wayside. And, while we’re talking about mysteries, some more word on Phoenix Wright vs. Professor Layton wouldn’t hurt anyone.