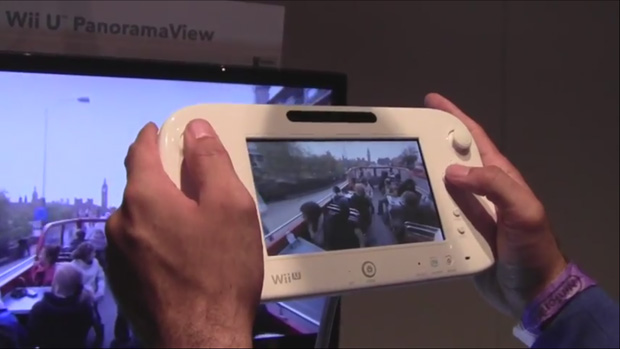 Nintendo continues to show off the Wii U’s capabilities with tech demos, and PanoramaView looks to be another one of them. Our own Jonathan Holmes played around with the feature, which lets you use the GamePad as a window into a world that was previously filmed with a 360° camera. He got a look at the madness of Carnival in Rio de Janeiro, and then tried something a little less boisterous: a day-night tour of London from the top of a double-decker bus.

A video plays on the TV, and from there, you can move the GamePad around in your own environment to get different views of the on-screen action. PanoramaView also takes still photos as you look around, and then rates them. It’s quite impressive, although as always, it’ll be up to developers to find interesting ways to use the feature. Sony has showcased similar technology with the PlayStation Vita, so it’s certainly doable.