It’s interesting that the opening scenes of Sony’s intro video made me feel skeptical instead of impressed. Yeah, it’s pretty, but Sony seems to have looking good down pat. What they haven’t had much luck with lately is capturing the hearts (and therefore the wallets) of gamers. What I was hoping for from this presentation was to see the library that can support the PS3 and turn it into the massive success that the PS2 has been. Hit the jump to check out my impressions.

Jack Tretton opened with some scenes from Home, which kind of looks like Second Life except not ugly. The price cut for PS3 came up almost immediately, which has honestly warmed me to the idea of the PS3 as a future possible purchase. It may take slightly more to convince me that Folding at Home is more interesting than shaving my legs, however. 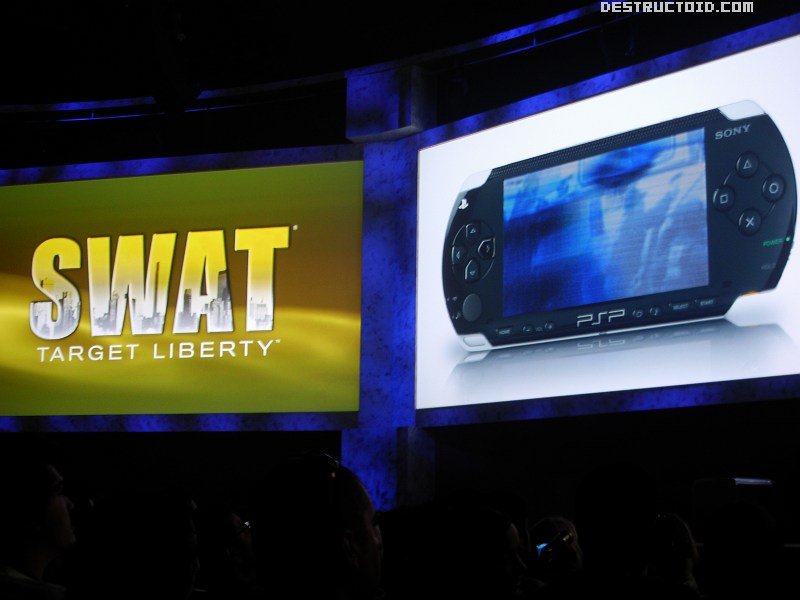 PSP has snuck up on me as a portable console I wanted to own. I was initially not interested, despite the fact that it looked wonderful in action. As is often the case with me, my interest starts to grow when I see a library of titles.  Silent Hill Origins, Final Fantasy Tactics and Patapon especially jumped out at me during this presentation. I seem to enjoy cute things and dead things in my games of choice. Someone really ought to merge both concepts and make my life easier. 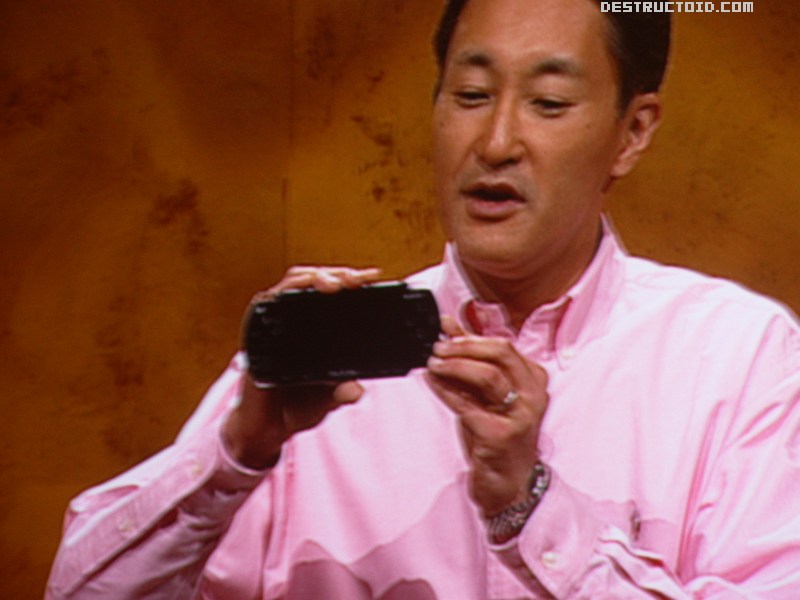 Kaz Hirai, Sony president, came out to announce the new PSP, which is 33 percent lighter than the current PSP and has better battery life. Also, the loading issue has been addressed, which was one of the major reasons I didn’t want to buy it. It now comes in Ice Silver in addition to the original Piano Black. I pretty much creamed my pants when they announced the Star Wars Battlefront PSP pack, which comes packed with the game for $199. I’ve been hot for the white PSP for some time, but Darth Vader’s face on the system pretty much sells me. I’ll be buying that sucker on release day. 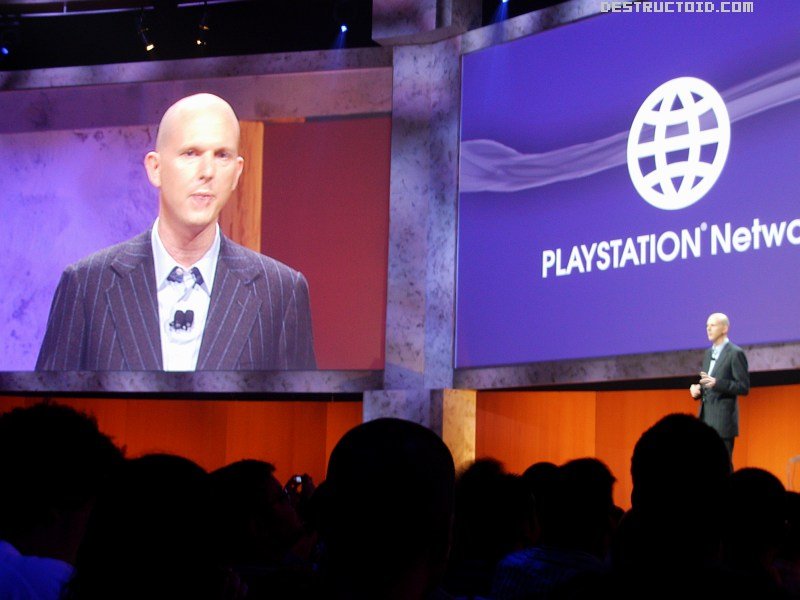 The insanely tall Phil Harrison took his turn on the stage to chat a bit about downloadable content in PlayStation’s future. Echochrome was shown, combining an MC Escher feel with soothing classical music as your character tries to navigate his way through endless sets of stairs. It was interesting as a novelty, but not a game I would buy. Pain looked like lighthearted fun, involving lots of hurling your character through windows and at moving vehicles. Even though I’m not a SoCom player, I was amazed at how great the game looked, especially in side by side comparison with earlier entries from the series.

Back to some more in-depth talk about Home, Phil showed some new features, including the ability to take photos and share them within it as well as share them. Graphically it is simply stunning, but there is something about the Home concept that sits badly with me. Any simulation of actual human life seems to rankle me however (Second Life being the ultimate example of that). I think I would have to see more of it in action, or perhaps play it, to be able to really say how I feel about it decisively. 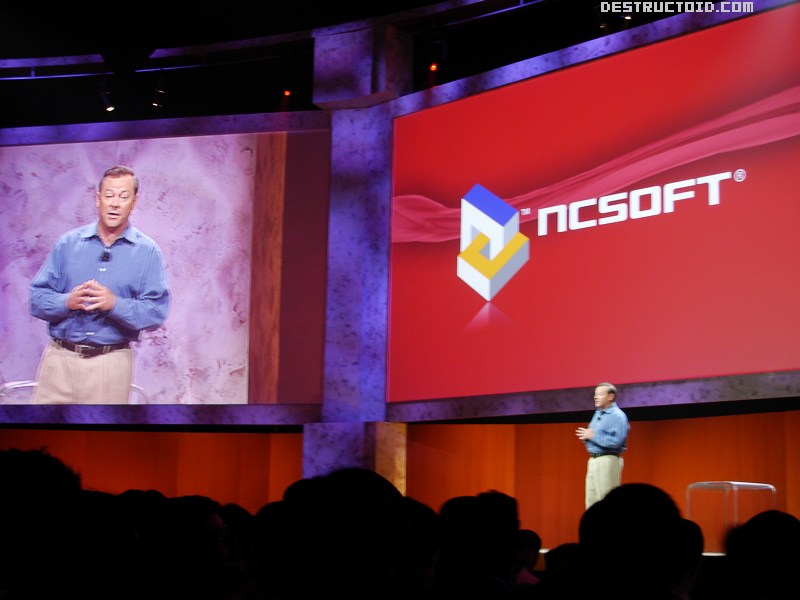 A partnership was announced between Sony and NCsoft for exclusive content for the PS3, which completely piqued my interest, as I am a big City of Heroes fan. Another reason I could conceivably want a PS3 in the future! I’m actually up to three reasons now. Seeing Assassin’s Creed footage on a twenty-foot screen was pretty delicious, and Resident Evil 5 simply made me want to drop everything I was doing and play it for about a week straight. Zombies hook me every time. The variety of genres shown for upcoming titles reminded me of that epic PS2 selection – a good sign! 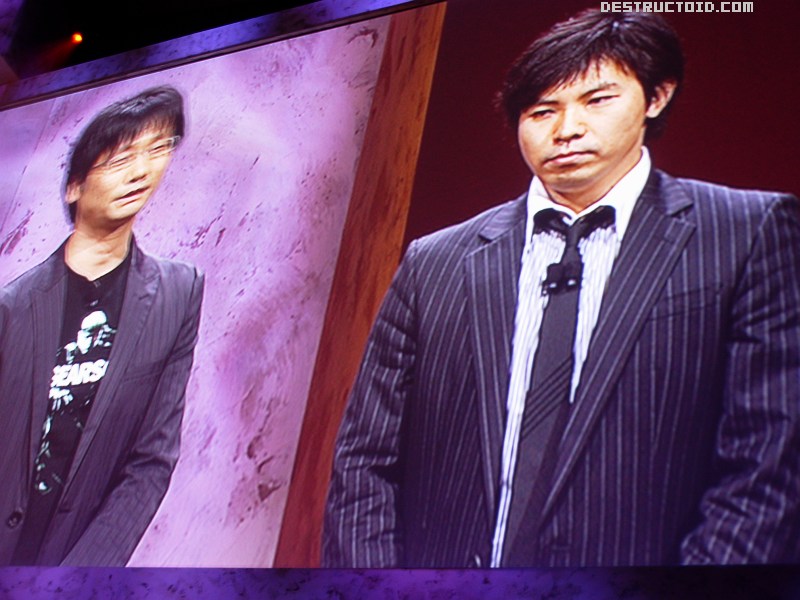 Hideo Kojima came out and talked about MGS4, which he says, will wrap up Snake’s storyline and mark the end of Kojima’s involvement with the series. We were shown a new trailer which I can only describe as flawless, wrapping with one of the first fight sequences I’ve seen in some time that actually impressed me and elicited reaction. I appreciate that Kojima-san approaches this series as art and not merely as a brand he can milk for endless profit. There is a definite grace to knowing when to end your story. 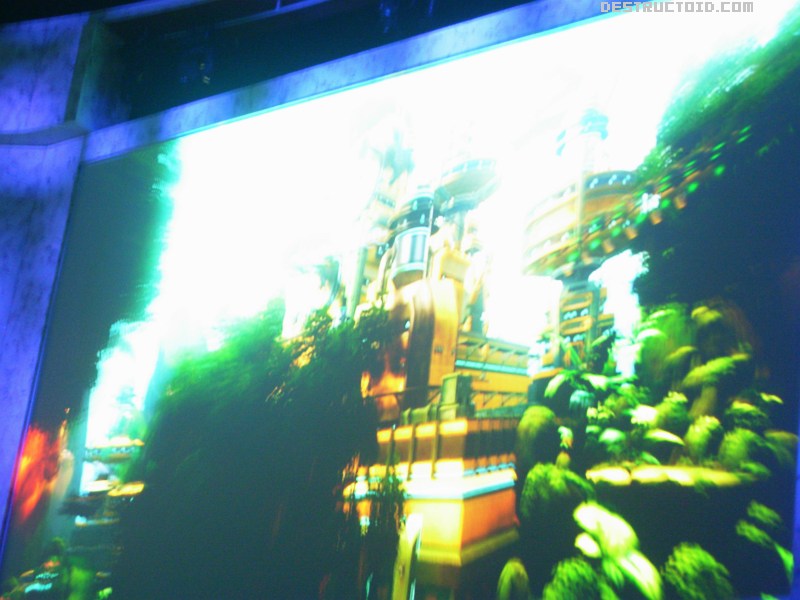 Seeing the title Folklore was the highlight of the presentation for me. It embodies all the elements of a title that fascinate me, and marks itself as the first PS3 title I would truly buy the system to play. Overall, I feel after today that my attitude towards Sony is decidedly more positive again. It’s hard to believe these are the same people who approved those terrifying baby commercials around launch time, but perhaps the losses of the past six months have made them rethink their strategy. Sony has always had the ability to take the market back and give us a console as beloved as the PS2.  Now it looks like there is hope that could become a reality.