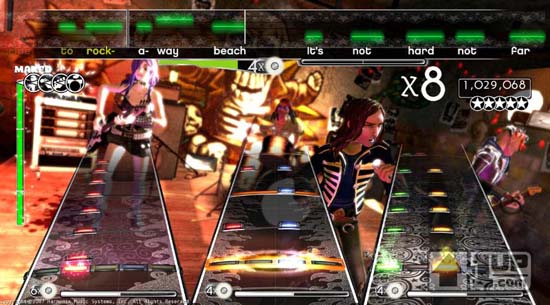 We’ve gotten word from over at Gamespot that Rock Band will be recieving weekly downloadable content of new songs. First up is going to be the infamous band The Who. Their 1971 album Who’s Next will feature single songs for download, mutli-song packs, and the entire album available for download. Yep, you read that right. Entire CDs will be available for download in Rock Band.

Next up, two things were announced: Metallica’s “Enter Sandman” will ship with the game, and Little Steven from The E Street Band is signing on as Rock Band‘s chief music advisory board. Now, expect to see every Springsteen album to appear on Rock Band. Being from Jersey, this is A-OK by me.

Also announced were the first 15 tracks that will be available on the game. The following songs will be the original recordings:

These ones will be covers:

Now, I knew I was going to be buying Rock Band before, but damn — Foo Fighters, Bon Jovi, and Bowie? Now I just can’t wait. Here’s hoping for the full album release of Slippery When Wet.

[Thanks for this, Steve! Image via 1UP]