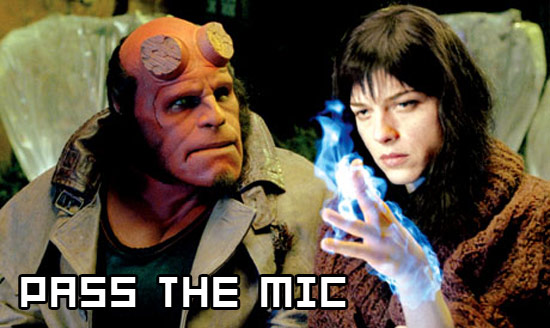 Fans of the movie will be happy to know that Selma Blair and Doug Jones will be joining Ron Perlman in keeping it real for Hellboy: The Science of Evil (working title), due out this fall for Xbox 360, PS3, and PSP. It’s nice to see that somebody out there has the decency to keep some things true to their original inspiration. From the press release:

“With voice acting from Ron Perlman, Selma Blair and Doug Jones, and creative guidance from director Guillermo del Toro and Hellboy creator Mike Mignola, Hellboy The Science of Evil is shaping up to be one of the most faithful video game adaptations of an entertainment property of all-time,” said Brian Christian, Vice President of Product Development at Konami Digital Entertainment, Inc. “Drawing from the mythology of both the comic books and the motion picture, we are able to tell an original story featuring all the characters, settings and visceral gameplay that fans could ever ask for in a Hellboy game.”

The 360 and PS3 versions of the game feature an online co-op mode, which lets players choose from a number of Hellboy characters; so if you’ve ever dreamed of smashing something and then beating demons to death with the pieces while Selma Blair sets stuff on fire, (and honestly, who hasn’t?) here’s your chance.