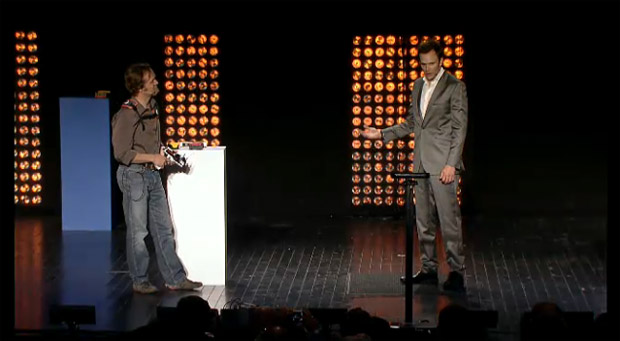 It’s the mid-90s everyone! Laser tag is back, baby. Ubisoft has just announced what is basically laser tag at home, but they’re calling it Battle Tag. They’re saying it’s a videogame you play away from the screen, with the content going up over the Internet via your PC. I’m really trying to pull out more than laser tag with stats from this because Ubi is going on about it, but I’ve got nothing.

The game will come with two guns and four tags (some players without guns?) so that you can play with multiple people out of the box. However, you can play with up to eight people and eight guns. It seems to be PC only.

It’s a videogame in real life! You won’t be able to experience the past future of gaming until near this holiday season. Really I’d just run out with it shouting pew! pew! pew! Is anyone anything but befuddled by this?