Eat Sleep Play’s upcoming PlayStation 3 Twisted Metal title is sure to go down as one of the worst-kept secrets in gaming. Since the studio’s formation back in 2007, rumors have swirled that the company was hard at work on a brand-new iteration of the series for the PS3.

Despite the persistent chatter, co-founder David Jaffe and company had denied its existence for years. The outspoken Jaffe took a clever approach, mastering the art of misdirection with public statements like, “I wish we were making Twisted Metal!” Turns out, they were.

At this year’s E3, Sony closed its press conference with a dramatic Twisted Metal reveal, rolling an ice cream truck on to the stage, driven by a costumed Sweet Tooth character. We got a behind-closed-doors look at one of the game’s new multiplayer game types, “Nuke,” as well as handful of the game’s new character vehicles. If you’ve been waiting for a game that lets you use a hospital patient strapped to a gurney as a weapon, keep reading. 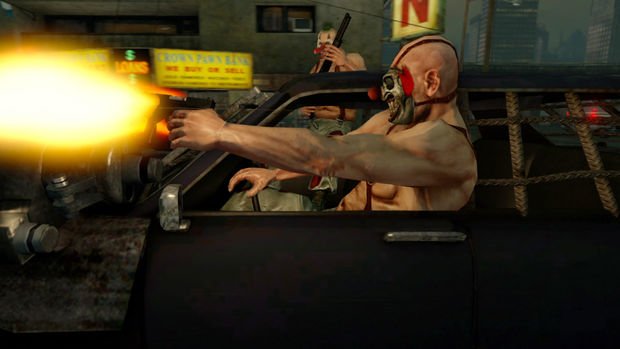 According to Jaffe, he and the Twisted Metal team have always seen the franchise as a fighting game with cars. Like “Mortal Kombat vs. Unreal Tournament,” he says. The new Twisted Metal maintains that, with its “cars as characters” philosophy, and its standard deathmatch and team deathmatch.

But with its latest installment, Eat Sleep Play wanted to add a new mode that would add another layer to the game, which it’s calling “Nuke Mode.” We detailed the team-based mode a little earlier this week (check it out), and it looks like a blast to play. Jaffe walked us through a match simulation in the game’s city level, showing of the multiple access routes, ramps, and hidden pathways throughout the environment.

Most interesting, though, was getting a closer look at the game’s vehicles, each with its own handling, armor, carrying capacity, and more. Jaffe explains that the team is looking to make each car feel like a character in a fighting game, and after seeing a few in action, it’s easy to see what he means. 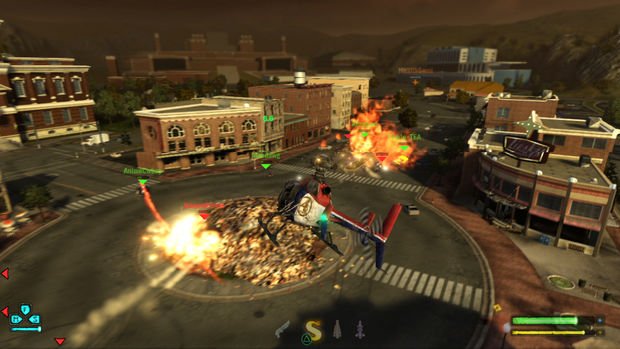 Take Vermin, for instance, a grimy, yellow exterminator van that fires a rat-shaped rocket from its roof. Or Talon, the helicopter that can use its magnet gun to pick up teammates for long-range transport, or fire rockets. Reaper is a motorcycle that Jaffe calls the game’s “most deadly” vehicle — while riding it, you can throw chainsaws, or drag one along the ground behind you to heat up the blade before tossing the flaming tool though the air.

My personal favorite: an ambulance that lets you unleash a patient strapped to a gurney. Strapped to the patient, a bomb; players can guide the table on wheels to enemy vehicles as the patient struggles wildly to break free. We didn’t see it in action, but Jaffe also mentioned an ice cream truck that turns into a giant robot. Seriously.

All told, they’re shooting for roughly 12 to 16 vehicles, each of which can be driven or piloted by any of the game’s characters. As far as returning favorites, Jaffe says roughly 40-50% of original favorites will be making appearances.

As dark and, uh, twisted as the game is, Eat Sleep Play’s aiming for a “Teen” rating. It won’t be as dark as Twisted Metal Black, but don’t expect the same light-hearted comic feel as Twisted Metal 2, we were told.

Twisted Metal‘s release is still a ways out; it’s currently scheduled for a vague 2011 launch. But it’s already shaping up to be a killer multiplayer experience, with support for 2-4 players split-screen, and up to 16 players online (with two-player split-screen online play). The game will also have a single-player story, specific for each of the game’s characters. We hope to hear more soon, as Sony and Eat Sleep Play reveal more about the game over the coming months.