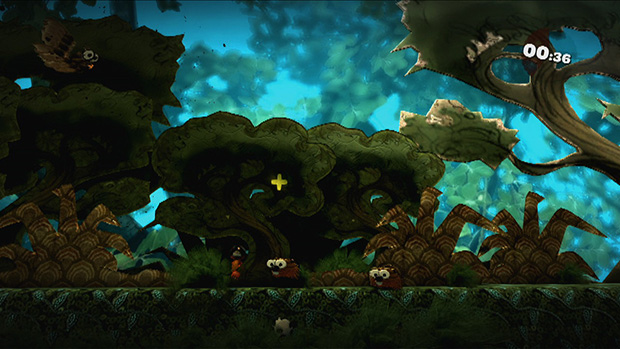 The more I see of LittleBigPlanet 2, the more I want it. Alex Evans of LBP developer Media Molecule presented some footage from the game at Sony’s E3 press conference yesterday, and the most impressive part for me was the segment that showed off levels that had been created in only a 24-hour time period. As we saw with the two-million-plus levels from the original LittleBigPlanet, there are some tremendously creative and skilled people out there, and I bet they can’t wait to put their talents to use in LittleBigPlanet 2.

Sony has sent out nine screenshots from the sequel; they show off a variety of created levels, including shooters, racers, and real-time strategy games. Yeah, you read that right: you can design a real-time strategy game within LittleBigPlanet 2. I’m excited to see what folks come up with when the game launches this holiday season exclusively on PS3.