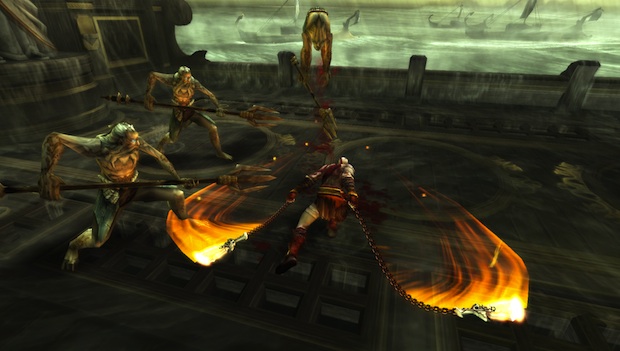 In 2008, when developer Ready at Dawn had finished with development on God of War: Chains of Olympus, it had publicly said it was done with PlayStation Portable development. To drive the point home, it even posted an image of all of its development kits boxed up, getting ready to be shipped out.

Less than two years later, the studio announced that it would be once again be bringing Kratos to Sony’s handheld with God of War: Ghost of Sparta. So what gives?

“The dev kits, yeah, they did get sent back,” says the game’s director, Ready at Dawn’s Dana Jan. “It wasn’t some PR stunt or anything like that. They got boxed up; that was a real photograph.”

But given the game’s success and fan demand for a follow-up, Sony soon approached the developer about another God of War title for the handheld. The decision to take on the project wasn’t easy. But it wasn’t as if Ready at Dawn was completely against working on another game in the series — it just wasn’t sure if it could top what it had done with Chains of Olympus. 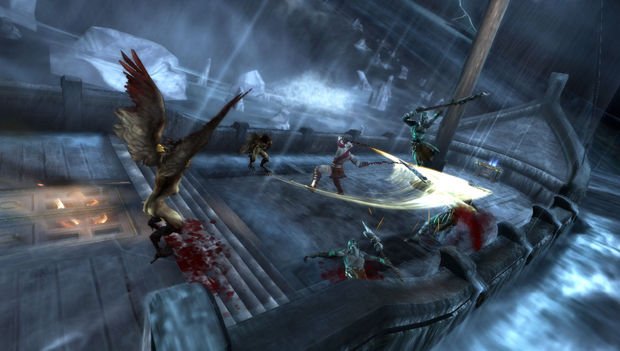 “We like the franchise, we love the character, we like the world that it’s created,” Jan says. “We like making the game. So when [Sony] said, ‘Do you guys want to do another one of these; fans are clamoring for it,’ we were like, ‘Cool.'”

When it had finished Chains of Olympus, Jan explains that the team still had plenty of ideas, things that just didn’t make the already content-packed title. But at some point in development, you have to face the facts — games are made to be shipped; you can’t keep adding features forever.

“If anyone is going to top the game, let’s make it be us,” Jan explains. “We don’t want someone else making a God of War PSP game, so let’s do it; let’s make it the most amazing thing that anybody has ever seen on the PSP. Let’s outdo ourselves. We think we set the bar really, really high, and if it’s going to be a challenge, let’s be the one to tackle this.” 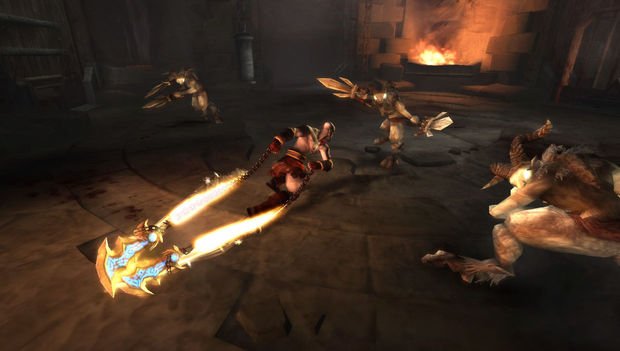 A challenge, indeed — Chains of Olympus was already pushing the boundaries of what the PSP could do, with crisp, detailed visuals that rivaled what we had seen on the PlayStation 2. The scope of the game easily matched the console titles in the series that had come before it. So now, for Ready at Dawn, it was a matter of raising the bar again. And if wasn’t going to be able to do it, why bother?

“To put it simply, the time that it took to put the boxes away and send them back, was the time it took for us to rethink it,” says Ready at Dawn founder and vice president Ru Weerasuriya. “I’m not kidding. It took us time after Chains of Olympus to decompress and really think, ‘Can we do more?'”

Taking on the new project wasn’t just about being able to match the quality of Chains of Olympus; it was about raising the bar again. Too often, Weerasuriya says, you’ll see a sequel that just feels like “another iteration,” or, as he put it, a “1.X” title. “For us, it was about going back to it because we know we can make it bigger and better,” he says. 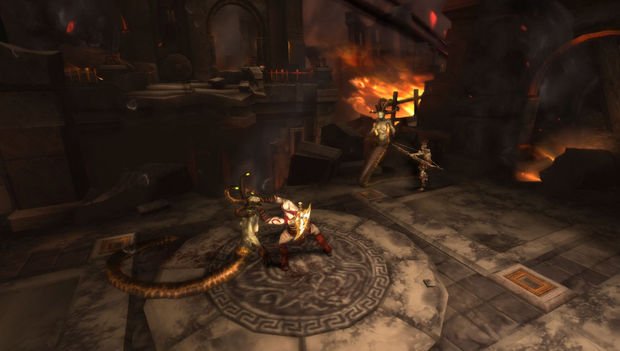 “Bigger” and “better” is a simple way of putting it. Visually and technically, Ghost of Sparta easily exceeds the work Ready at Dawn did for Chains of Olympus. During a demo of one of the game’s opening levels, which takes place during a storm on a massive ship headed for the shoreline city of Atlantis, you can immediately see it in action. The graphics are sharper than ever, and effects like depth of field have been added for extra visual impact. Even in its early stage, Ghost of Sparta looks to be one of the most impressive titles on the PSP to date.

God of War: Ghost of Sparta is due out later this year.

“The moral of the story is if you’re ever going to ship something away, don’t take a picture of it,” jokes Jan of the picture seen below, “and don’t post it on your website.” 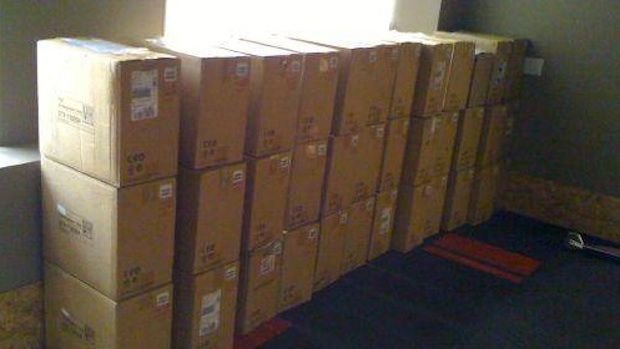