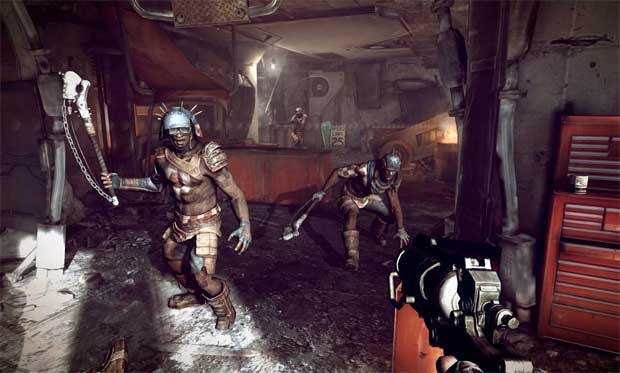 id Software’s impressive Rage is getting its first public console showing at E3 this year, but we won’t be getting our hands on the sticks: it’s not playable here at the show.

It certainly is playable, however. The demo we’ve seen is real-time, and looks spectacular running on the Xbox 360. id Software says it’s running as well on the PlayStation 3, as well. So why not hand us the controller?

id has to save something for QuakeCon, doesn’t it? And that’s exactly when the world will get its first playable Rage, at this year’s event which takes place from August 12 through the 15 in Dallas, TX. That means you could be shooting down bandits, slicing off heads with boomerang blades, and speeding around the desert in one of the game’s customizable vehicles in just a few short months.

Anyone plan on attending?