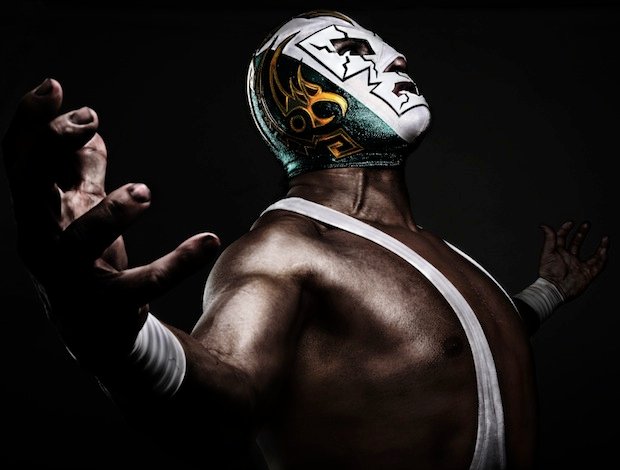 As you may have heard, Konami let lucha libre wrestlers duke it out here on the floor live for rights to be the fighter on the cover of Lucha Libre AAA: Heroes del Ring. That just happened (that just happened!) and the winner has been announced here during this last day of E3: Luchador Dr. Wagner Jr., pictured above, defeated arch-rival La Parka, his blood brother Silver King and The Chosen One, El Elegido in a grueling match on the show floor at the 2010 E3 Expo.

Since this is the first game, he’s the first cover athlete ever for Konami’s newest. I don’t know this guy, but I bet he is glad that he’ll be able to rub the fact that he’s on the cover of the first game in the faces of the 30 other Luchadores.