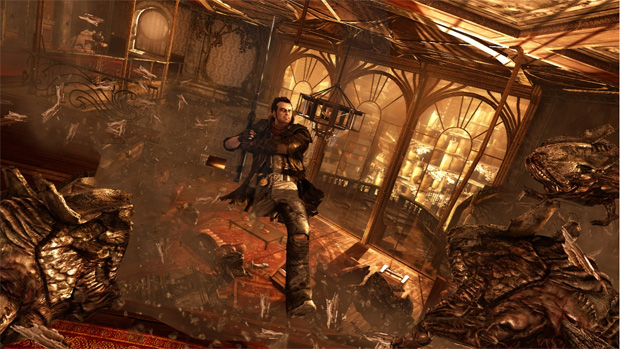 Konami’s press conference has been the best thing ever, but not for the games announced. It’s just been different. However, one game is definitely a stand out: NeverDead. NeverDead is a brand new IP from Konami and it involves a pretty interesting gameplay mechanic in which you can reassemble your body after having your limbs blown off. Not entirely sure how that is going to work, but, man, it sounds pretty awesome.

Aside from the brief trailer that appeared to be in-game we didn’t get much info on the game itself other than the fact that it will take place in an apocalyptic future where demons run wild. It does seem to be wielding a sense of humor and its lead character has a plethora of weapons including a butterfly sword and guns. Oh, and it’s third-person.

NeverDead is landing on the 360 and PS3, but no release date was given. I’m sure our cohorts on the floor will be able to tell us more later.