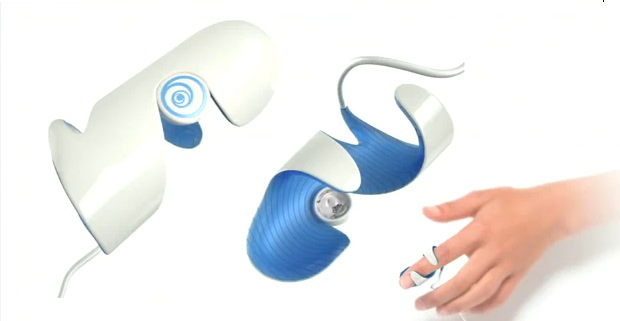 You may have seen so-called “journalist” Jordan “Baby Ginger” Devore claim yesterday that Konami won E3 because of their ridiculous press conference. Some of you may have thought he was kidding, but poor Jordan is actually really excited by wan mirrion troops and dancing games (bless his heart), and has been talking incessantly all week about how he’s buying all those games day one.

If Jordan had bothered to, you know, actually do research, he would have found that Ubisoft clearly has a stronger line-up. First of all — they’re innovative. How many games are there about dancing? TOO MANY. If you want to dance, go to your local disused arcade (the one with the original Street Fighter II cabinet where jab and roundhouse both don’t work and you can’t duck) and play DDR. Ubisoft is taking a bolder approach and entering uncharted territory with Breathing: The Game, which you can see in the conference video above.

Second, they had a kind-of-attractive girl doing a cartwheel (0:46) when she showed off some laser tag game, which you can see after the jump. Again, innovation. I don’t see Wii Fit asking you to do cartwheels. Originally, I thought Konami had a reasonably attractive girl at their press conference too, but it turned out to be Naoki Maeda. Another point to Ubisoft.

Finally, Joel McHale’s suit was really nice and kind of shiny. I bet it cost a lot of money. Thomas Nagano wore a urine-yellow polo shirt. You do the math.