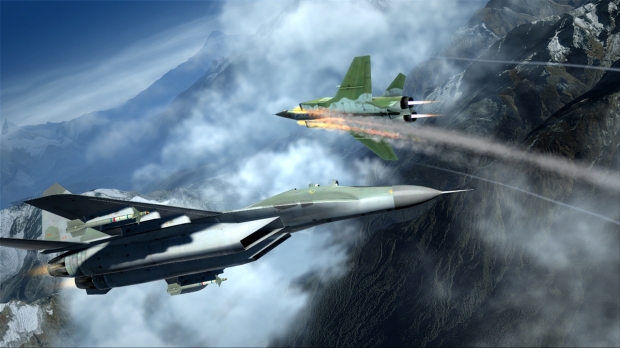 Ubisoft may not have shown off Tom Clancy’s H.A.W.X. 2 during their press conference, but they were kind enough to give us some new screenshots and a little bit of information on the game. Like the last screens we got, most of these are just of various planes.

There are few shots, however, of what appear to be tactical airstrikes, both at night and during the day. If the terrain looks surprisingly realistic, it’s because Ubisoft says they’re using actual high-resolution data from GeoEye, a satellite imagery service.

We also got some new information on the story. H.A.W.X. 2 is set in the “near future”, after Russia has a cache of nuclear weapons stolen. As global political tension mounts, you’ll be taking control of three different pilots — an American, a Brit, and a Russian, as they try to figure out just exactly what’s going on.