Warriors: Legends of Troy was announced at E3 last year, but it seemed to disappear off the face of the earth after the show. Twelve months have passed, and Koei Tecmo have come to E3 2010 with not only more details, but an entire playable demo. It’s about damn time!

So, how has the past year treated Legends of Troy? It’s a good job I played it, otherwise you’d never know. Read on for my hands-on impressions of Warriors: Legends of Troy. 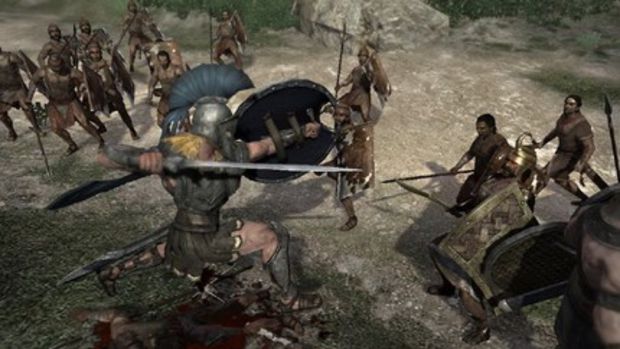 Warriors: Legends of Troy is Koei Tecmo’s attempt to make Dynasty Warriors resonate in the West. Gone are the references to Romance of the Three Kingdoms and its Chinese pseudo-historical nonsense, replaced with a new quasi-mythological setting in the Trojan War. Based on Homer’s Iliad, Legends of Troy is a more visceral, violent and story-driven experience than Dynasty Warriors or Samurai Warriors. Oh, and there’s blood this time. Plenty of blood.

The gameplay will be familiar to fans of Dynasty Warriors, with a similar combo system and, of course, a heavy focus on one-versus-all hack n’ slash fighting. The game feels slower and heavier than Dynasty Warriors, but also slightly more tactical, as characters use their shield to break enemy guards, and execute blood-splattering finisher moves on vulnerable foes. Characters can also pick up the weapons of any enemy they defeat, which can be used indefinitely until the player decides to throw them into the face of unlucky opponent.

Much of the game consists of the usual — weak and mentally impaired enemies who beg for a knife to the chops. However, Troy remains quite challenging thanks to a variety of special enemies who prove far more resilient and tricky. Captains are the most numerous, leading units of enemies and carrying a rather hefty shield. However, his extermination will weaken the resolve of his troops, potentially causing them to run away. 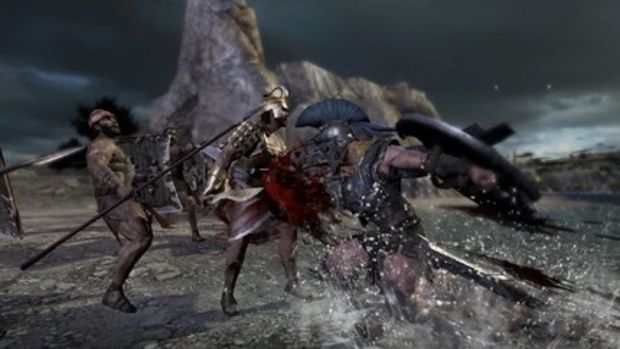 It’s the boss fights, however, that really make Troy stand out. From noxious warriors who spit out venom clouds and require copious use of the dodge move to get behind them, to huge statues of Apollo that take some serious beating to take down, Legends of Troy aims to host a large variety of unique bosses and altercations with Greek deities in order to keep things interesting. The boss fight I had with Apollo’s statue was a tricky task indeed, not least for the fact that once I thought I beat him, the bastard came back with no legs and totally messed my life up.

One sad thing about Legends of Troy is that I can confirm the previously announced online multiplayer is no longer a part of the game. Koei had planned for online modes, including co-op, but the plan was nixed sometime over the past twelve months. The official reason I was given was that the game’s narrative didn’t support it, with various portions of the game that required one-on-one battles. It sounds incredibly weird to hear someone talking about preserving the narrative experience of a Warriors game, but there you have it. Koei actually cares about the story in this one.

Warriors: Legends of Troy strikes me as a promising concept, coming from the perspective of a Dynasty Warriors fan. It looks pretty good visually, the heavy combat works better than I imagined it would, and the addition of blood and gore makes it feel far more serious than its campy predecessors. I think I’ll need more thorough time with the game to come a definite conclusion on its overall quality, but right now I’d say I liked what I played and I definitely like where it’s going. Dynasty Warriors fans would do very well to keep this one on their radar.