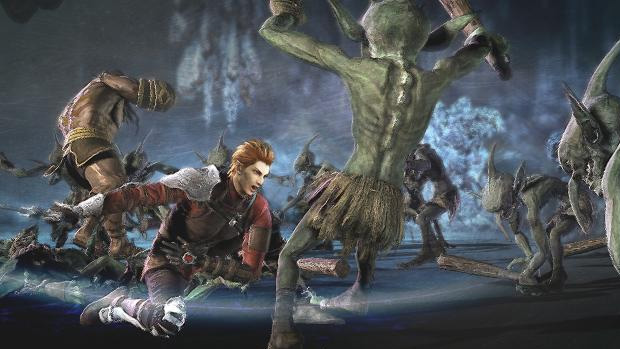 It seems that Koei Tecmo’s main goal this year was to remind us of games that had seemingly disappeared off the face of the Earth. Like Warriors: Legends of Troy, Trinity: Souls of Zill O’ll was only shown in asset form at last year’s E3, then fell off the radar. Now, like Legends of Troy, it has returned to E3 with a playable demo.

So, how does this action RPG fare? How do the watercolor visuals stand up on an HDTV? Will any of you buy this game? Read on for the full hands-on impressions of Trinity: Souls of Zill O’ll. 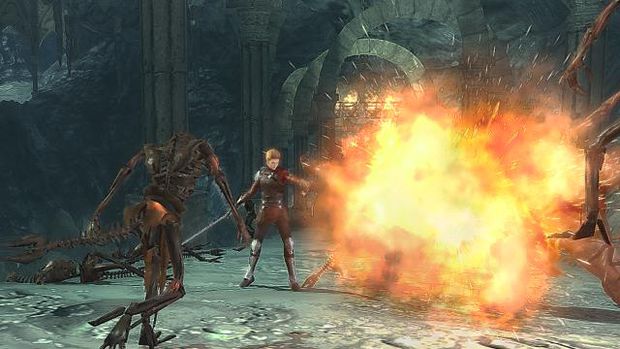 Trinity does manage to distance itself from the venerable Chinese-themed hack n’ slash with its three-character gameplay. The game has three distinct warriors who support each other in combat — a swordsman with powerful magic spells, a huge brute with ground pounds and the ability to wield huge pillars, and a female who uses speed and flexibility to get around the map. By pressing the L2 button, players can swap between these characters at will. Swapping will prove to be a necessity, as different characters are useful for different things and utilizing their skills correctly is crucial to overcoming various obstacles, as well as the game’s varied bestiary of monsters.

Combat is a case of repeatedly hitting Square to attack, while using Triangle and Circle to pull off special attacks. The D-pad can also be used to swap your two active special attacks for two more. The special moves can be incredibly powerful, especially the ice blast that can be used in water to freeze the entire surrounding area and anything in it. It’s simplistic but it gets the job done.

As the fight continues, a “Trinity” gauge fills up which, when full, allows the whole party to participate in an impressive special move. This is useful for taking down large enemies that often have high defense stats and only take significant damage during certain portions of their attacks. 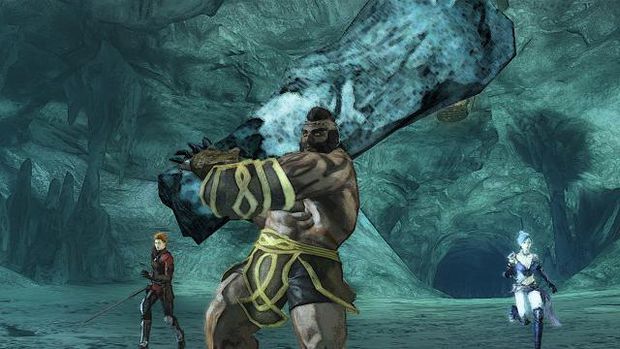 I did notice that the ally AI isn’t particularly hot at the moment. One character ended up getting stuck at a chasm where she kept falling, respawning in the same spot, and falling again. At other times, the characters run into danger without protection, or otherwise fail to keep themselves safe.

It’s also worth noting that Trinity has a really cool art style, with a very pretty watercolor effect that subtly looks like everything was painted in. The effect is only mild, and easy to forget, but it’s appreciated all the same. Trinity may do itself justice if it makes that effect more noticeable.

Trinity: Souls of Zill O’ll has the makings of a solid little action RPG. Right now, this PS3 exclusive title feels a little rough around the edges, but a good game is there and I certainly enjoyed the game for its unique special attacks and interesting design. The lack of co-op might hurt opinions on a game starring three characters, but for right now, this is a title PS3 fans might consider checking out if they’re feeling particular spend-happy.