When XCOM was first announced, it’s safe to say that some people were left unhappy. After all, waiting years for a new XCOM game only to be greeted with a first-person-shooter instead of a unique strategy game is sure to sting.

I got an opportunity to watch a demo of XCOM at E3, and have come away with a good idea of how the game will turn out. Read on for Destructoid’s first look at XCOM. 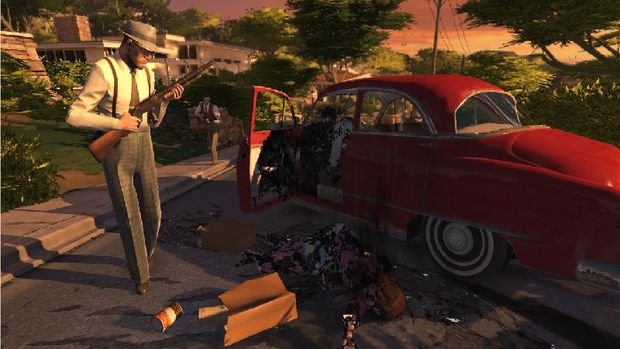 The first thing that immediately jumps out when viewing this game is how striking the fifties aesthetic is. It’s also impossible to separate this game visually from 2K Marin’s last title, BioShock 2. While the two games are not completely identical, the art direction and character designs share definite similarities. That is by no means a bad thing, but it’s safe to say that accurate realism and dark grittiness are not the order of the day.

In fact, that’s one way in which XCOM and BioShock 2 differ. XCOM is vibrant, colorful and bright as opposed to the grim oppression of Rapture, with peaceful middle American settings littered with cute fifties architecture. If anything, the unrealistic vision of golden post-war America makes the eerily deserted towns and scenes of alien devastation all the more bizarre and unnerving.

The star of the game is FBI agent William Carter, a man who heads up his own secret organization founded to secretly combat potential extraterrestrial threats. Here is where 2K Marin has promised to evoke the strategic elements of the original UFO Defense title. From XCOM headquarters, Carter can pick and choose his missions, responding to the situations that players deem most important. Picking one mission may cause other missions to disappear from the map, so it’s up to the player to ensure they’re doing what needs to be done. 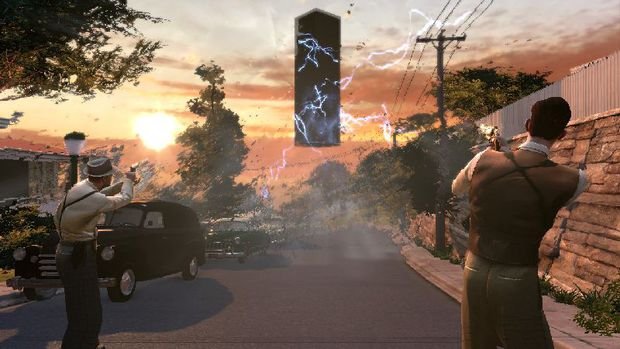 XCOM HQ is also home to a weapons research division. Weapons are created thanks to research samples collected in the field. One such weapons is the “Blobatov Cocktail”, a vial of liquid taken from alien Blobs that explodes into a lake of fire when thrown. Another example is a devastating cannon that fires electricity across a wide arc.

Researching works in a very similar manner to the research of BioShock, in that Carter takes photographs of strange phenomena while on missions. These photos are then researched for a variety of benefits, as Carter learns how enemies fight and what they are weak against.

Although a token nod has been made toward the franchise’s tactical past, the game is most assuredly an FPS before anything else. The mission shown in the demo is a typical American suburb, excepting the fact that the place seems abandoned and objects are strewn along the floor. It’s not long before a scream is heard, and the player gets the choice between investigating it or continuing to the main mission point of the map. The map, incidentally, is brought up in real-time very much like the map from FarCry 2. Same goes for a clipboard containing mission objectives.

Following the scream, it’s not long before the aforementioned Blob is discovered. Blobs are squirming, writhing black creatures that leave slimy trails everywhere they go and infect victims with their own filth, causing them to die in vomiting agony and smoking flesh. In order to defeat a Blob, players must shoot away the black portion to expose a pulsing blue core. Destroying the core eliminates the Blob. Simple, but surprisingly involved for the game’s first enemies and a foreboding promise of even tougher enemies later on. 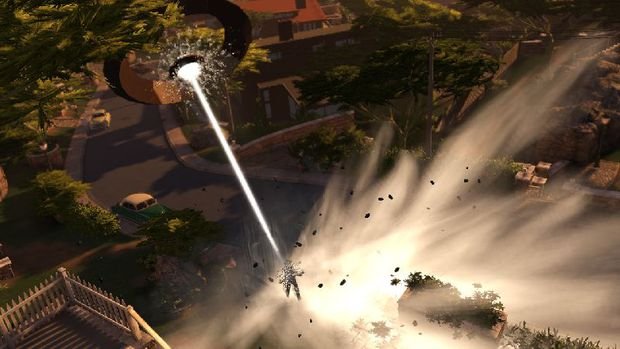 It’s not long before Carter, backed up by two bodyguards who can die at any point in the mission, gets involved in an indoor firefight with an army of Blobs. One cool aspect of the combat is how chaotic it feels, especially given the collateral damage involved. By the time the fighting is done, the kitchen is a mess, glass is everywhere, black slime puddles splatter the walls and the main room’s ceiling light is swinging to and fro. Alien firefights absolutely trash the place. However, the house’s occupant is saved by Carter, so all is well.

However, this is before the “thing” appears. First coming from the sky as a large rectangle, the floating alien craft transforms into a pair of spinning rings and things get terrifying. The bizarre UFO shines bright white light onto the ground that obliterates all in its path. The effects here are rather stunning, with people, cars and environments decomposing and exploding in an intense shower of light. All the player can do is run and gun, and that’s where the demo sadly ends.

XCOM looks very promising indeed, and while I predict purists will remain disappointed, those without a deep attachment to the series or a love of FPS titles in general will come away pleased. It may not be the XCOM you know and love, but it does look like a thoroughly solid shooter from a proven developer, with a terrific aesthetic and deep gameplay with all sorts of cool multiple choices. If that’s not good enough for you, you might as well go make your own XCOM.