Driver‘s Tanner is back, this time zooming around the greater Bay Area in classic cars in Ubisoft’s upcoming Driver: San Francisco.

“In many ways, it’s the return to the roots of the original Driver,” Martin Edmondson, the title’s creative director, tells me. “It was always about the most realistic Hollywood-style car chases seen in videogames; we’ve tried to bring some of that feeling back with Driver: San Francisco.”

Edmondson knows a thing or two about the roots of the series — he was the lead designer on the original Driver, and the founder of the studio responsible for it, Ubisoft Reflections (formerly Reflections Interactive). If anyone can capture the spirit of the series, he’s the man to help do it.

I was fortunate enough to have to get the chance to sit down with Edmondson to get a peek at the future of the series. Hit the jump for the first details on Driver: San Francisco, including the all-new “out of body experience” game mechanic they’re calling “Shift” that dramatically changes how the racing game is played. 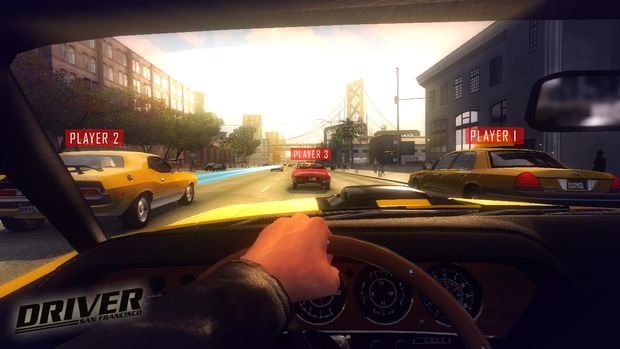 Driver: San Francisco picks up after the events of Driv3r — (Spoiler alert!) Tanner’s arch-nemesis, Jericho, has just shot in him, leaving him hospitalized. Here’s where it gets a bit weird: Tanner’s not dead, only fatally wounded and in a coma… and that’s where he’ll be throughout the events of Driver: San Francisco. Confused? it’s a bit strange, but it’s the perfect set up for the title’s unique gameplay hook.

While the player is aware of the fact that Tanner is in a coma, the character does not. In fact, he’s a bit freaked out that he seems to have gained what appears to be a “super power,” the ability to pop in and out into the body of any car’s driver at will. It’s what Ubisoft Reflections is calling “Shift,” and while it might sound a bit strange, it’s actually pretty cool to see in action. 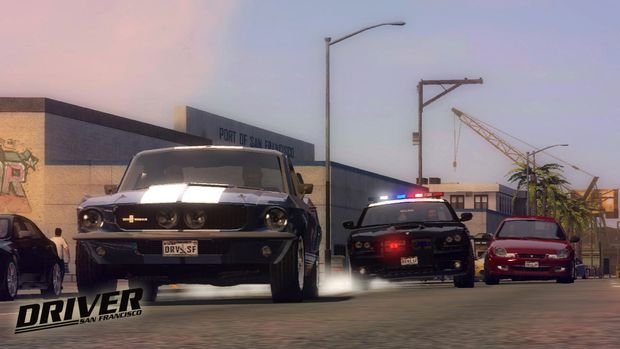 Here’s how it works: at almost any time players will be able to hop out of a car, float over the world, and hop into any other car, instantly taking control. While time slows down (in order to let players direct which vehicle they’re be snatching up), it all happens in realtime. It can happen quite quickly, too — in the demo Edmondson showed us, he was hopping in and out of cars with few button presses. The camera would pull up above the world, giving him a larger view of the area, and in an instant he was quickly driving another vehicle.

We saw a few pretty cool uses for this in action. In one particularly heated car chase, Edmondson hopped out of his car and took control of a big rig headed in the opposite direction. Taking control of it, he did his best to stop the car he had been chasing, cutting it off right in the middle of the road. (It worked.) In another example, heading into an intersection he hopped into a speeding vehicle coming down the cross street, eliminating the need for a tight turn. The action never slowed down, with Reflection aiming for a solid 60 frames-per-second experience when the game ships.

As the player progresses, Tanner’s mastery of “Shift” will increase. He’ll be able to “float” even further up above the world, getting a bigger-picture view of the game’s map. Edmondson explains that this will be a way to quickly hop from area to area in the game’s world; yes, you’ll be able to use “Shift” to get from one end of the map to another, if you needed to. But even more interesting, we see another aspect of “Shift” — the ability to not only see information about other cars in the world, but also their drivers. This can be used to pick up missions throughout the game. Hop into the car and body of a police vehicle in the middle of a high speed chase and help apprehend a criminal, for instance.

“You don’t just hop into an empty car,” Edmondson explains, “but you experience the life of the person that was driving that car for a moment.” 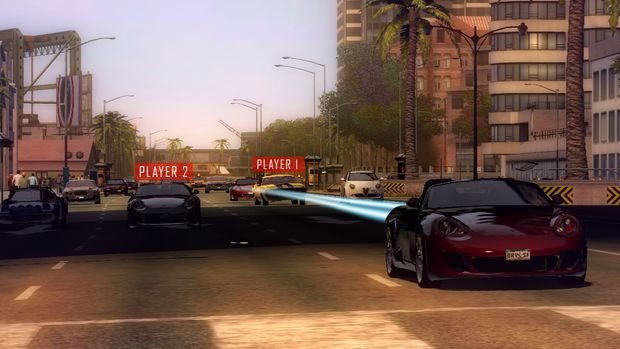 As for the area Driver: San Francisco covers, Edmondson claims it’s one of the biggest driving environment seen in any video game, with hundreds of miles of drivable road. Locals will recognize landmarks and areas — the entire downtown area, the Bay Bridge, Alcatraz, Marin County, and more. Don’t expect a one-to-one translation though; this isn’t Google Maps. Many areas were altered to make the driving experience more fun and more fluid, but the environment is decidedly real-world San Francisco.

For the first time in any Driver game you’ll also be behind the wheel of fully licensed cars, with over 100 found throughout the game. While Ubisoft isn’t willing to commit to all 100 just yet, expect to find many vehicles made famous by Hollywood car chases — the 1974 Dodge Monoco from Blue’s Brothers; the 1969 Charger, made famous by Dukes of Hazard; and the Challenger (as made famous by films like Vanishing Point and, later, Death Proof).

“Any iconic car chase you can think of, those cars are in the world to be found and played with,” Edmondson says. 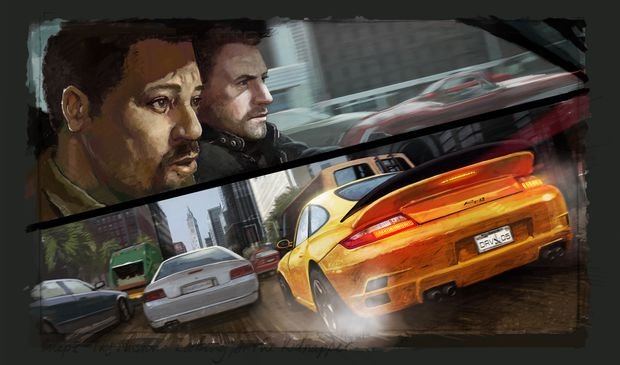 Driver: San Francisco will also feature online multiplayer which Edmondson says is “significant and heavy.” Yes, you’ll be able to use “Shift.” That in and of itself will change the way the game is played, making it a completely unique racing experience.

“Because most driving games, if you mess up on the first bend, crash into a corner on the first bend, that tends to be the end of the race in multiplayer,” he explains. “But with ‘Shift,’ you can just ‘Shift’ into other cars and keep yourself in the action. And it it allows us to have this constantly flowing action-packed race here anything can happen almost even in multiplayer right up to the end of the race. So you can get these sort of Mario Kart moments where everything sort of gets flipped on its head, right to the very end.”

Driver: San Francisco is set for a fall release for PlayStation 3, Xbox 360, Wii, PC and Mac.