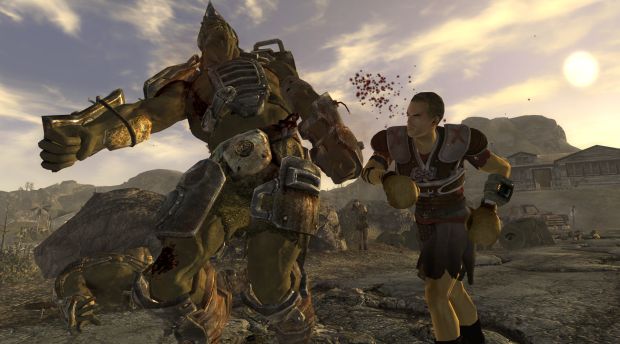 At E3 this year, Bethesda and Obsidian have decided to pull back the covers on the Vegas strip as seen in the upcoming Fallout: New Vegas. With the Hoover Dam still running, power still flows through the area, allowing for casinos and, uh, other “services” to still thrive.

Hit the jump for the first details on what you can expect when you explore the strip like you never have before in Fallout: New Vegas.

Obsidian has lined the strip of New Vegas with casinos modeled after what you might find in real-life Sin City. Like the Vegas we’ve come to know, there’s plenty to see, with each casino having its own look, feel, and theme. The Gomorrah, for instance, is a seedier establishment; go there to get your gamble on and maybe pay for a little extra loving on the side. Or there’s the old vault turned into a gambling den, Vault 21. Or the high-end Ultra-Lux. There are even casinos you’ll be able to find off the strip, meant to resemble those you might find on the borders of Vegas proper, scattered throughout Nevada.

In my demo, I’m allowed to enter only one, Tops Casino, which has an obvious old-school “Rat Pack” vibe. As I approach the entrance, I’m accosted by a fellow who makes me an offer. You see, as you enter any casino in the game world, you’re asked to relinquish your weapons. Fighting is not encouraged. This stranger offers to help me out by selling me items that are easier to sneak into the Tops, like brass knuckles, for instance.

I refuse. I’m here for recreational purposes, not to start a fight. However, depending on your “Sneak” skill, I’m told you may be able to slip bigger weapons past the house — a pistol, maybe even a rifle. 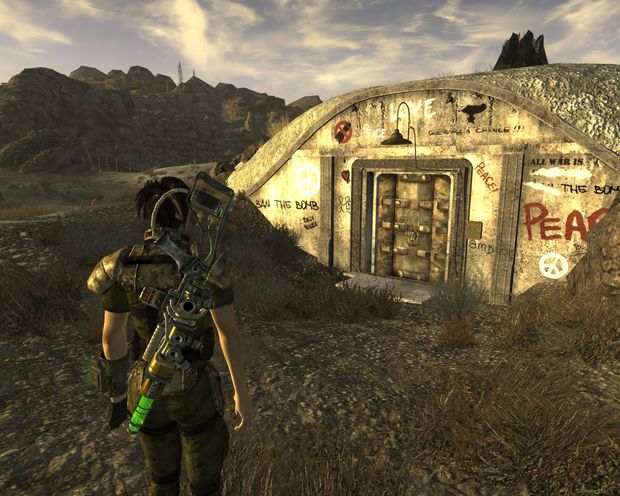 Once inside, it’s mostly what I expected, with various tables spread about, albeit with fewer gamblers than I’ve ever seen in any real world casino. (Blame the apocalypse, I suppose.) I play some blackjack… it’s blackjack. I’m a horrible gambler and I come out with fewer caps than I had when I started. I doubt it will help any, but Obsidian tells me that blackjack rules will vary from house to house: what dealers can hit and stand on, for instance, or how often they shuffle.

The Tops isn’t treating me well. I lose big at roulette as well. I pull the arm on a slot machine a few times and make back a few caps, but this isn’t going very well for me. Had I been winning big, I could have expected the house to start sending waitresses over to give me free drinks; the Tops would even offer me a complementary suite.

But like in real life, there are downsides to winning big. Obsidian shows me, enabling a demo-build-only cheat that has chips pouring out of a slot machine. The house is not pleased; I’m approached by a pit boss, told to cash in my chips, and take a hike. 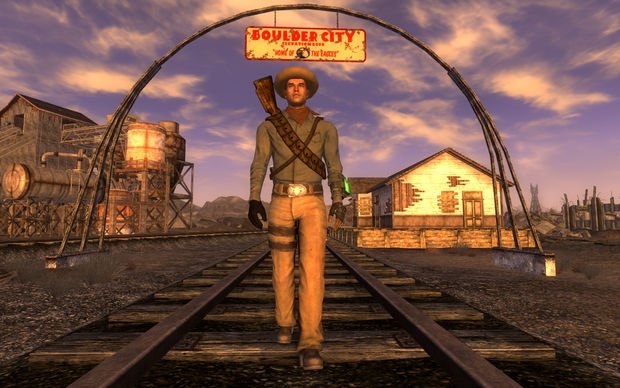 Cheating’s not the only way to turn the tides in my favor in casinos. As in real life, there’s a little luck involved — the game’s luck skill will play a big role in how often you’ll win big on the slots, what cards you’re dealt, and more.

Obsidian also points out its efforts to give skills more meaning in New Vegas than they had in Fallout 3. I’m shown how skill checks are built into the dialogue system as well. In one conversation, a doctor looking for assistance asks me if I can help him tend to injured soldiers. The response options in this situation are affected by the medical skill; the option I choose indicates the skill required for the task, and I’m able to offer assistance. (I’m told it’s possible to lie, but you’ll end up further injuring the soldiers and the doctor wouldn’t be… pleased.)

On the subject of skills, the skill book system of Fallout 3 has been replaced by “Skill Magazines.” After accepting the task to treat the wounded soldiers, I found that one of them required assistance that was just out of my medical skill range. Instead of working on him anyway (and causing more damage), I pulled a copy of “Today’s Physician” from my inventory, which gave me a temporary skill boost necessary to perform a successful operation. 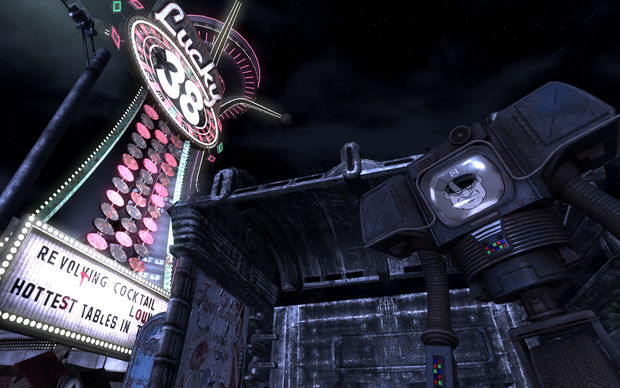 On the surface, Fallout: New Vegas looks extremely similar to Fallout 3. That’s not a bad thing — everything you loved about Bethesda’s sequels and expansions are here, including the VATS combat system. But don’t let that fool you.

The environments, the characters, the story are unmistakably built from the ground up for New Vegas. Significant gameplay additions and tweaks, those are under the hood, and Obsidian hopes they’ll make for an improved Fallout experience. We’ll see how the cards stack up when Fallout: New Vegas ships for PlayStation 3, Xbox 360, and PC on October 19.