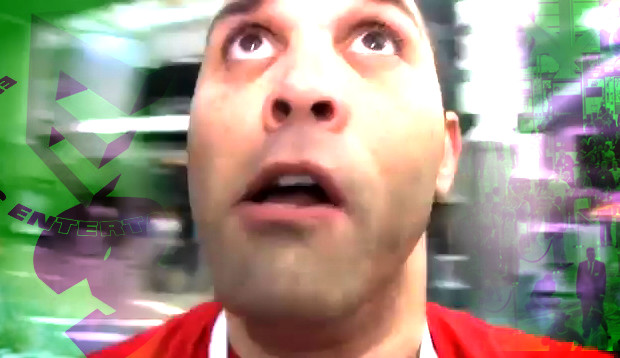 Hey, remember those posts I put up earlier today? The 3DS one with Hollie, and the one where I act drunk (even though I’m totally not drunk)? Yeah, because of my obsessive need to get those videos up as soon as possible, I missed my flight home from E3. Luckily, I got another flight, but now I wont be home until tomorrow. Blogging ain’t easy.

You’d think I’d have learned to not let my compulsive need to post videos get the best of me again, but I haven’t. Right now I’m in Nashville, waiting for a connecting flight, and I just had to buy some internet and try to post this video. For whatever reason, I’m really excited to see what you think of it. Out of all the E3 videos I’ve done over the years, this is the one that I think best expresses what it’s like to be at the show.

This video happened because I realized I only had 45 minutes to see all the things at E3 that I’d missed. True story, I pretty much had a panic attack. Also, zombie activism, break dancing, Game Crush, Itagaki, Super Meat Boy, and badass security guards.