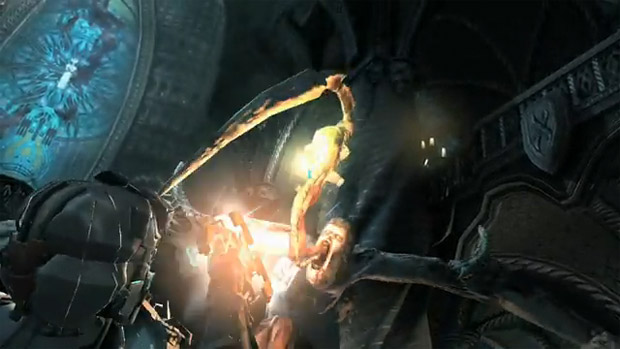 I never promised to not be hyperbolic throughout this week, so you have nothing on me! But seriously, I’m not going too overboard when I say this Dead Space 2 trailer is, uh, incredibly cool.

Much of the video is comprised of footage also shown during EA’s conference, only it’s not quite as breathtaking when the stakes — playing a live demo in front of a crowd — aren’t as high. Even still, they show those creepy Necromorph kids again. Rad.

In short, this was my reaction to the footage: “YES!” At this point, DS2 is my favorite non-Nintendo game of E3. January 25, 2011 cannot come soon enough