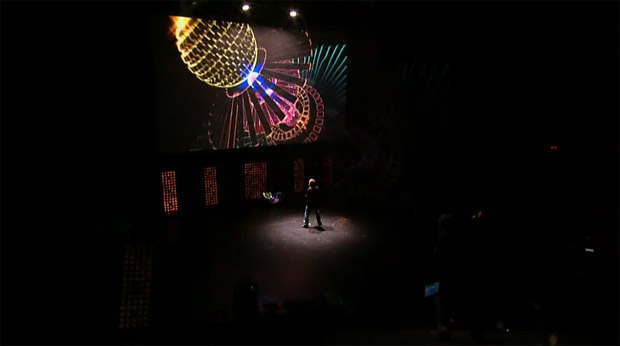 One of the bigger surprises of E3 for me — and a lot of people, actually — was Q Entertainment’s Child of Eden. For those of us able to catch Microsoft’s press conference, followed by Ubisoft’s, one thing became clear: the former should have heavily showcased the game, much like the latter did.

Ubisoft’s show opened with a bang: designer Tetsuya Mizuguchi set the mood by playing Child of Eden using Kinect, with no added frills or conference goofiness, and it was incredible. Microsoft’s demonstration of Kinect, however, was the exact opposite. But don’t take my word for it — producer James Mielke agrees.

Talking with journalist Stephen Webster, Mielke had this to say: “Yeah, Microsoft f*cked up big time.
They had a chance to feature it for Kinect but decided to focus on family-friendly games like what’s on Wii. They weren’t expecting everyone to react so negatively.”

“After we showed off our game at Ubisoft,” he explained “the Microsoft people came to our booth like, ‘Oh, oh wow.'” Mielke went on to point out that you don’t even need to use Move or Kinect to play Eden — it’ll support standard controllers — and how, apparently, Nintendo’s Shigeru Miyamoto called it “game of the show.”

[Update: As I had kind of expected, perhaps this was too juicy a quote to be real after all? Mielke, by way of Twitter, had this to say: “I would like to go on record that I was not ‘interviewed’ by a certain journalist quoting me out of context.”

“And the person who seemingly ‘interviewed me’ also took a joke from my Facebook page and reprinted it as an official news quote.” This whole situation sounds funny, but I think many of us will agree, his sentiment — real or not — we can totally dig.]