Best known for its work with hack-and-slash cooperative action-role-playing titles, Seattle-based Snowlind Studios studios looks to take on its biggest franchise to date with the upcoming Lord of the Rings: War in the North.

True to its development heritage, War in the North is an action role-playing title with a heavy emphasis on character growth and progression, with a focus on “evolving cooperative” play. However, the most surprising about the title is Snowblind’s approach, a dark and gritty take that’s never been seen before in games. In fact, the developer make no bones about it — it’s aiming for a mature rating.

Hit the jump for the first details on gameplay, and find out what happens when a troll gets his hands around the neck of a dwarf. Hint: it ain’t pretty. 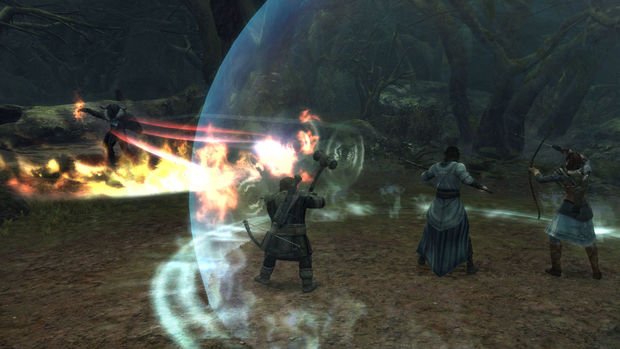 As the name implies, War in the North follows the parallel story of the events popularized by J.R.R. Tolkien’s Lord of the Rings trilogy, which was focused on the events in the south. This allows Snowblind to explore and bring to life events never before seen by players in games (or in film), as well as give players a sense of ownership over their own characters as part of a three-member Fellowship.

The demo we saw started off with three players each creating and customizing their own characters through what appeared to be a standard creation screen. War in the North lets players choose from one of three classes — elf, dwarf, and human. Each will have his or her own strengths or weaknesses; the dwarf is a stronger, but slower tank-like character, for example.

The game itself kicked off with a cut-scene, with each of three players flying into the dark forest of Mirkwood on the backs of great eagles. They’re seeking the guidance of the brown wizard, Radagast, but Sauron’s forces have other plans. They’re attacked mid-flight, which finds them crashing unceremoniously to the forest’s surface. 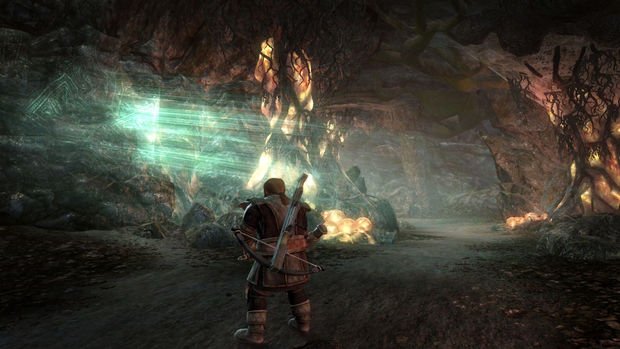 It’s here the battle begins, and we get our first look at the game’s brutal and heavy combat, which brings players closer to the action than any of Snowblind’s previous titles. The camera is up close, tighter on the action, in almost an over the shoulder point of the view. In addition to the expected hacking and slashing, Snowblind also used this as an opportunity demonstrate how it intends to make each member of the team invaluable; the goal here is to create an experience in which players must work together to survive.

During combat, we saw the wizard use his spellcasting abilities to provide support and defense for the group. In the demo scenario, the wizard casts a sanctuary spell, which created a field of protection around him that shielded teammates from attacks as well as regenerate their health over time. The archer used his arrows to keep enemies at bay; the dwarf used his power to barrel through enemies.

Each character has his or her own unique racial abilities as well. The elf has tracking which can be used to see things like animal footprints that may lead to hidden items or alternate paths. The human player can use crafting, using plants and other items (which are highlighted only on that player’s screen) to create things like magical artifacts and potions which can be used, given to other players, or sold at shops. The dwarf can spot glowing runes on walls, which can lead to otherwise concealed areas. 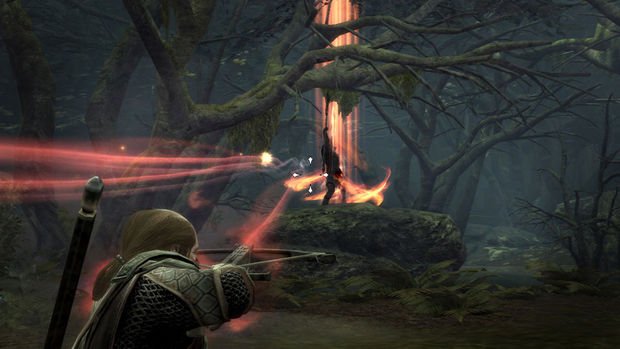 War in the North features a full upgrade system, not unlike other action-RPGs that have come before it. As players dispatch enemies, glowing orbs are released which earns them experience points that can be spent to advance a detailed skill tree. By default, the experience is spread evenly between all players, regardless of who gets the kill. Snowblind says a “slider” option will be included if you want to adjust how the the experience is shared; if you want a more competitive experience, for example, you can make it so the player responsible for the kill will get the bulk of the experience.

Loot will also be a huge part of the experience as well, with enemies dropping items and armor, along with other bits found through various parts of the world. Snowblind says that there are “literally thousands” of different pieces of armor, weapons, and more that can be accumulated through the game.

We also had a chance to see the game’s conversation system in action, a radial wheel dealie that’s not completely dissimilar to what’s seen in BioWare’s Mass Effect titles. Players have a few options they can use to advance dialogue and the game’s story. On one side of the wheel are “investigative” options, for those who want to learn more about the game’s world and story; those interested in getting on with the action can focus on the options on the right. But those who probe for information will be rewarded, as quests and other opportunities will be open for them if they follow down those conversation paths. 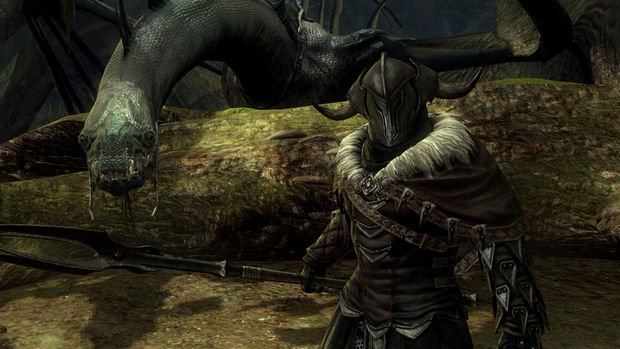 Our hands-off demo ended in a heated battle against a massive cave-dwelling troll. The three players worked together to take him down as a group — the human wizard using spells to protect and buff the team, the elf keeping distance and working down the troll with arrows, the dwarf getting in close for massive damage. At one point, the troll takes hold of the dwarf, who struggles to break free. With the help of his teammates, he eventually does, but Snowblind is quick to point out that the gruesome alternative the getaway — the troll would have eventually popped the dwarf’s head clear off.

With its focus on cooperative play, Snowblind is giving players as many options as possible to group up and form a Fellowship. Players can play cooperatively online, split-screen, or any combination of the two — two split-screen players can team up with one online player, for instance. Have no friends? If that’s the case, Snowblind will be providing help in the form of bots.

As a fan of action-RPG titles and of Snowblind’s previous work, Lord of the Rings: War in the North has made its way on to my “must play” list. I’ll have to wait awhile, though — the game isn’t out for PlayStation 3, Xbox 360, and PC until 2011.