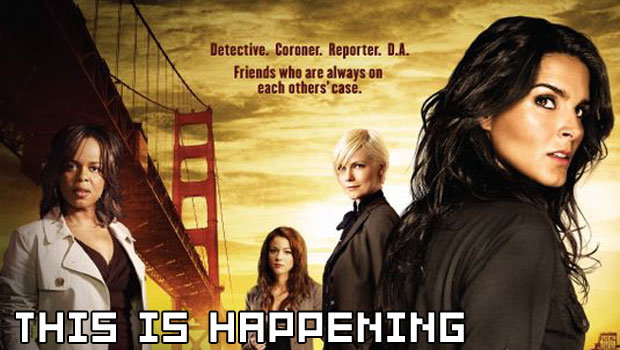 Nintendo unveiled one of the greatest titles to come to the Nintendo DS: James Patterson’s Women’s Murder Club: Games of Passion. One that is surely to be a killer app for the DS! Based upon James Patterson’s first television series, which aired from 2007-2008, after which it was canceled before it got a second season.

The story follows a group of four women: a detective, a reporter, a medical examiner, and an assistant district attorney, as they try to solve crimes. They use their powers to fight the forces of evil and form together to form the Megazo…sorry, got mixed up here. But yes, you will be using these womens’ talents to solve crimes.

And the tagline is “Why join a book club?” Yes, why bother reading or learning, especially if you’re trying to become a detective, or a reporter, or maybe even a district attorney.