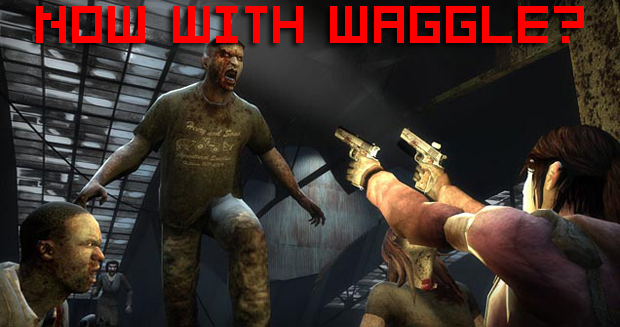 It may be more likely than you think. According to Doug Lombardi, Valve considers the Wii to be a viable gaming platform, especially now that MotionPlus will be available. They’re also pretty interested in the iPhone, with Doug claiming that input is a new revolution. That, of course, means that they’re also intrigued by Natal, but we already knew they’re tight with Microsoft. Still, we may soon see Valve games popping up all over the place.

It won’t happen right away though, since Valve is a relatively small company, and they don’t have a ton of resources to throw around to develop on multiple platforms. I always assumed that was the reason the PS3 version of Orange Box got very little support, although with a total absence of any Playstation 3 mention from Doug, I wonder if Valve and Sony had a bigger issue than I originally expected.

To be honest (and extremely selfish), I kind of hope Valve stays the way they are – small and focused. While I’m not ready to have a knee-jerk reaction and start hollering about how Left 4 Dead 2 means Valve has sold out and that working with Microsoft is ruining them, it does make me wonder a bit how teaming up with new console makers will change Valve and their core philosophy. Hopefully not at all, but you never know – all it could take is a massive buyout (*coughBUNGIEcough*) to totally change their direction.

Don’t let me down Gabe!

[Via The Seattle Times]