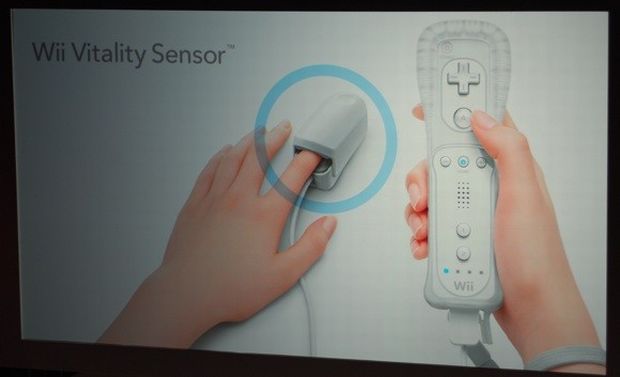 Nintendo has already announced several really promising titles in this morning’s press conference (the liveblog is still going on here), and in the excitement of the announcement for Metroid: Other M this will probably be forgotten, but I have to say it anyway: Nintendo couldn’t resist. They can thrill us, alright, but they still have to keep trying to please that new demographic. Hence, the Wii Vitality Sensor.

You stick your finger in this thing and it measures how relaxed you are. Nintendo says they want people to be able to better understand their health. I think the general idea is a nice one, but the device you stick your finger is is just dumb. That’s a gadget that’s going to be forgotten and go off to die where old peripherals no one loved go. I don’t mind that Nintendo appeals to their new demographic at all, but I think they could have done better than this plastic thing.