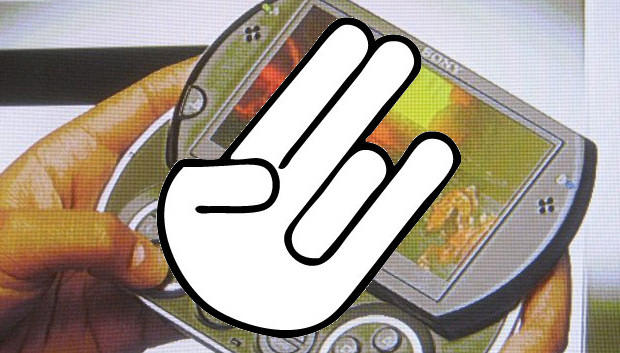 With the PSP Go, new Metal Gear and Slim PS3 nonsense, you’d think the E3 wind had been well and truly taken out of Sony’s sails. Think again, however, as the platform holder promises that it still has a few surprises in the bag. We’re guessing Jack Tretton will reveal himself to be a woman. I’d like that.

“Pre-E3 announcements or not!” Tweets Sony demagogue Jake Osuwah. “There’s still lots of shockers planned for you guys @ E3, stay tuned.” I love that he referred to the PSP Go leak as an “announcement.” Yeah, you guys totally meant to let that Qore episode leak onto the Internet, you wily dogs.

What do you think? Genuine promise of bountiful offerings, or marketing bull designed to lead down a merry road of disappointment and PS Home announcements? Hopefully Sony has something pretty special in the bag, because you can be sure this new PSP was suppose to be their biggie this year, and most people don’t even like the bloody thing.

[Update: Our boy Dale tells us it’s a fake-O. Quite why someone would want to fake this is beyond me, but whatever.]