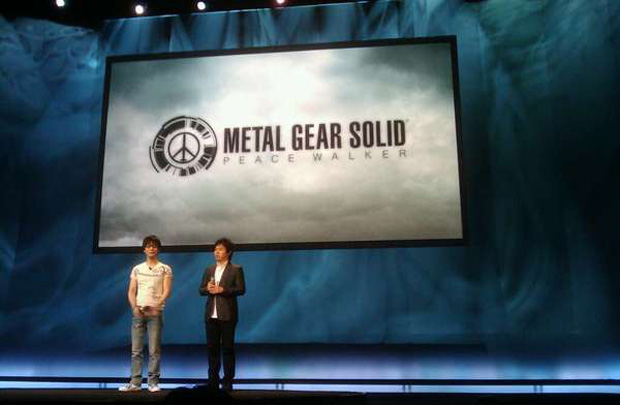 Not to leave Sony out in the cold, Hideo Kojima announced Metal Gear Solid: Peace Walker at the Sony Press Conference. The title, a direct sequel to Metal Gear Solid 3, takes place ten years after the events of the game, will be taking place on the PSP.

“It’s a true sequel of the Metal Gear franchise,” said Kojima, saying that he is deeply involved in the game, as he will be writing the script, producing the game, and the main Metal Gear Solid 4 team will be working on this project. The game, from what we can see in the trailer, is based around Big Boss’ establishment of Outer Heaven.

The game is going to have all the feeling of a Metal Gear title, Kojima says, but adding in the elements that are native to the PSP for a special experience. Kojima really took some time to pump up this game, and it seemed like that he was taking a swing at Metal Gear Solid: Rising, in his emphasis how this is a real title.Just an amusing little note from him.

We’ll have the trailer for you shortly.

[Update: We’ve got the trailer and screenshots!]