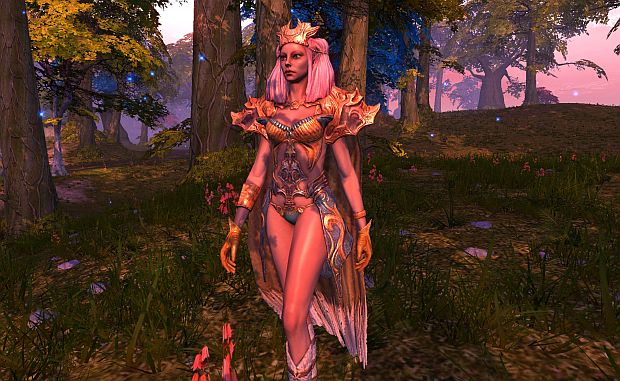 There’s a big trend for computer games to have cloud processing. The action of having everything done server side is really interesting for people who own crappy rigs. Unfortunately, what makes waves are services that have an all-or-nothing approach, like OnLive. Trion World Network, Inc. has a different approach to this upcoming technology, especially with their game Heroes of Telara. Instead of having everything done serverside, all the content and updates are done on the servers, whereas graphics and audio are done clientside.

So what makes this a big deal? Well, since the content is done on the servers, that means story and gameplay updates can be done any time Trion decides. Say that Trion wants to have a dragon randomly attack a town and destroy a building, they can do it without releasing a big update to the game. If that dragon goes on to rampage throughout and destroys the town, tough poopie. That town is gone. SUX2BU.

Other than that rather interesting feature, the game looks really nice. Sure, you are going to need a PC that can run it at the highest settings, but once you got that, this game looks good, with really nice draw distances and a rotating night/day cycle that goes through a complete cycle in 7 hours.

Really, it’s too early to make any sort of judgment about Heroes of Telara. I mean, it looks nice, and there are some ambitious plans for the game. We’ll just have to follow up when it’s closer to release in 2010.