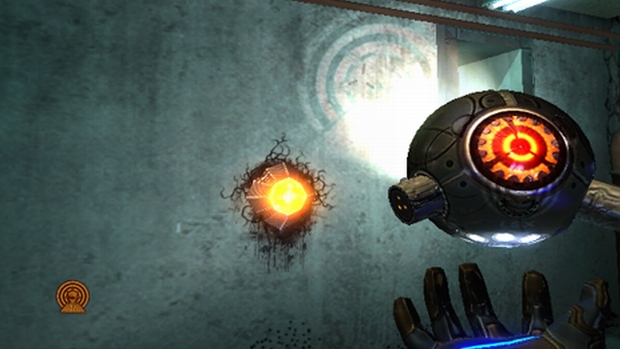 I was ambivalent about The Conduit before playing it. It’s presumably meant to be the Wii’s version of Halo: a space-centric FPS that looks pretty much like every other space-centric FPS, apart from the fact that it’s remarkably pretty for a Wii game and sports some supposedly cool motion controls.

After playing the game, my opinions have not changed.

The Conduit feels like a good game. It is not mindblowing, or innovative, or life-changing, but it’s goddamn good. The controls feel crisp and can be customized in pretty much any way you’d imagine (you can change your turning screen, your bounding box, aim sensitivity, etc). It’s the best FPS I’ve ever played on the Wii, ever.

But that’s not saying much, and that’s probably what you were expecting. There aren’t really any surprises to be found in the singleplayer campaign so much as just a totally functional-if-generic FPS that won’t surprise you, but also won’t disappoint you.

If you like games where you shoot aliens, you will enjoy The Conduit. If you expect it to singlehandedly revitalize hardcore gaming on the Wii, you’re probably gonna be bummed out.