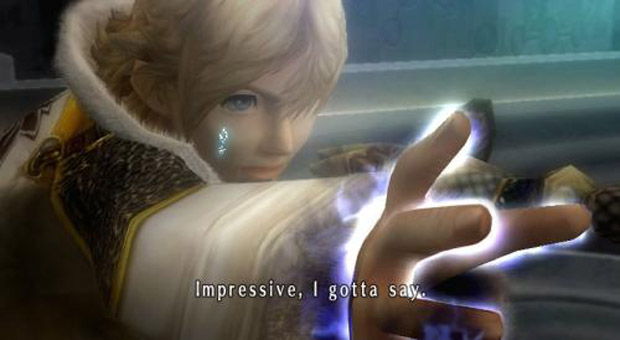 What do you imagine when you think of Square Enix putting together a Wii-exclusive title? Well, what you’re picturing in your head is probably pretty close to what Final Fantasy Crystal Chronicles: The Crystal Bearers actually is. Whether that’s a good thing or not is up to you. I liked it, though. And if you’re a Final Fantasy fan that isn’t expecting anything groundbreaking or terribly challenging, I think you will too.

I played a rather lengthy demo of Crystal Bearers, a story-heavy wagglefest that has put a stylistic spin on everything that’s ever been done with the Wii Remote controller. Chocobo tossing, anyone?

In Final Fantasy Crystal Chronicles: The Crystal Bearers, a breed of beings called the “crystal bearers” have magical powers that have most of the non-bearer world afraid. These bearers don’t get the best treatment, and the use of their powers is forbidden in public places. The story follows Layle, who is one of the crystal bearers that doubles as an “escort,” or protector for an airship, as a day job. On one of his escort missions, Layle finds himself under attack by strange beings, which eventually leads him on a wild course that Square Enix has crafted with maximum waggle in mind.

Layle’s bearer powers give him the ability to grab onto objects and move them, with an unseen power, which you’ll aim and guide by pointing your Wii Remote to the screen. By holding down the B trigger and flipping the remote in any direction, Layle can fling objects, enemies, and anything else in any direction. Think Elebits, but with pretty boys and chocobos. The game play segment in the beginning of the game had players using this power to grab onto flying enemies and taking them down. Later, in town, in an enemy-free zone, Layle could still use this same power to fling pedestrians around at his leisure. 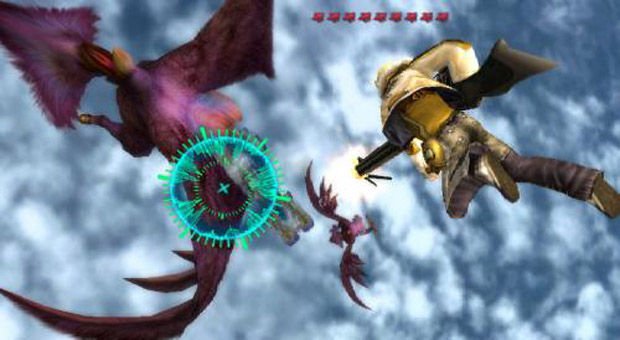 When you’re not flinging enemies and NPCs around, you’ll be piloting airships through narrow canyons, or assisting the driver (rider) of a chocobo in a chase, using your powers to fling pursuers aside. Or catching squirrel-like creatures that steal important items. There’s nothing innovative about the actions you’ll find yourself doing with the Wii controllers in Crystal Bearers, but Square Enix has done a pretty nice job of wrapping an entertaining story around them. It was too early to properly gauge how deep the story would be, but in our 40 minute play session, several characters were already introduced, and it seemed like the plot could escalate into something pretty involving.

While it may not have the high-resolution finish of the more recent titles, Crystal Bearers is clearly a Final Fantasy production, right down to the whispy-haired hero and his strange clothing. The setting, art, and characters are all straight out of the lore of Final Fantasy, and even the music and voice acting are top notch.

Crystal Bearers doesn’t seem like the kind of game that would have you losing and retrying; everything I tried was pretty easy, actually. It seems like the focus was put on story telling, and difficulty took a back seat. That’s not a bad thing, though. If you don’t mind a little wand waggling, it seems like Crystal Bearers could be  a pretty enjoyable ride.