One of the most exciting games I’ve had a chance to see this E3 was a behind closed doors showing of Dexter for the iPhone. Nick Chester actually got a peek at the game back at GDC, and if you haven’t had the chance to see it, definitely take a look at the game.

However, it’s been some time since Nick last saw the game, and there’s been enough improvements to the game to obviously make Dexter a really interesting game to pay attention to. I mean, it’s a vigilante serial killer who kills really bad people. It’s like the American version of Death Note.

Yes, I did just compare Dexter to Death Note. Want to make something of it? You can follow the jump and we’ll take this outside. 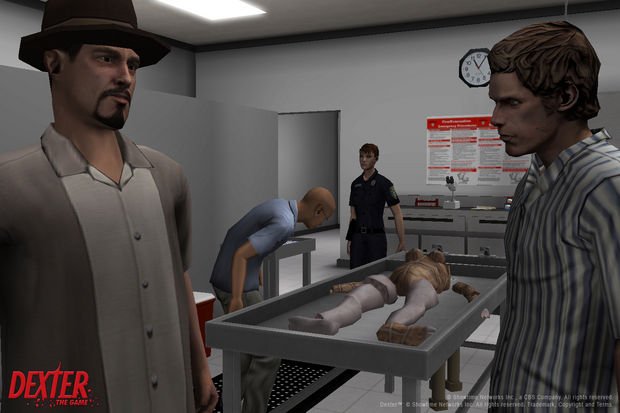 So the first new improvement to Dexter that I was pointed out to is the inclusion of Michael C. Hall as the voice actor for the character. The dark and brooding commentary he makes as he digs up the grisly evidence against *gasp* a murderous pedophile is really freaking intense. Having a very dark guy talking through the process of killing another guy is just unsettling. Pretty impressive for an iPhone game.

Another thing to note is just how good the game looks. I mean, this is PSP quality stuff, and the night levels I saw were great. Everything is dark and moody, and following the directions of each area works really well for short chunks of time. 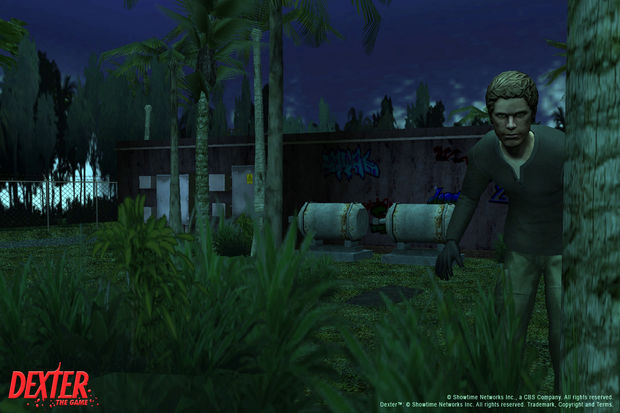 I’m actually reminded a lot of the Phoenix Wright games when I saw Dexter. There’s a clear order you must follow before each plot plays out, but instead of Phoenix Wright building a case and making an argument, we have Dexter finding the evidence (like digging up bodies), setting up an evidence proof room, stalking his victim, mutilating them for a blood token, getting a confession, and, ultimately, slaughtering them.

For fans looking for a murder sim, the actual moneyshot of murder wasn’t shown, and it doesn’t look like you’ll be acting out the murders themselves. The whole game plays out like a detective story, and the final satisfaction of killing a bad dude seems to be something the player is not expected to partake in. As someone who is aversive to violence, I can appreciate this, but I know there are people disappointed that an anti-Trauma Center is not what Dexter is as a game. 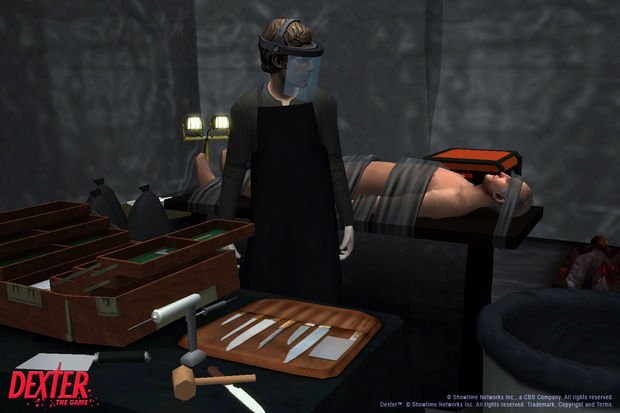 Finally, the game looks to be fairly lengthy. It’s episodic, with four episodes prepared. This is DLC we are talking about, so don’t think everything is going to come for free. However, if you are will to pay out for all four episodes (pricing to be decided), you’ll get a promised 20 hours or so. Not so bad, especially if you love the show or find the idea of brutalistic revenge titillating. Or if you like Death Note, you weeaboo.