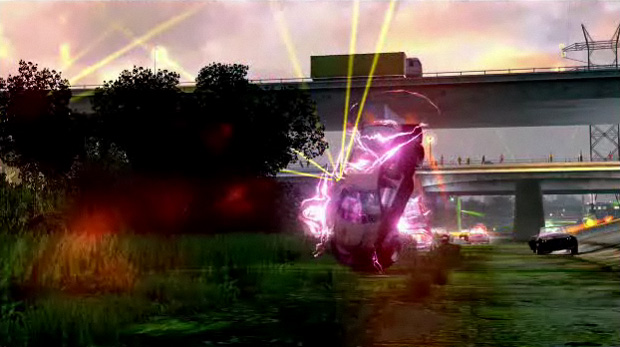 Of all the racing games being shown off at E3, there’s none I want to see more of than Bizarre Creations’ Blur. We had already been told about the game’s use of power-ups, which excited me to no end, but now we have got a glorious trailer that shows them in motion. Best week ever?

You know how Geometry Wars 2 had some of the most ingenious leaderboards ever? Well, imagine if Bizarre used a similar system for Blur. That’s right, you can’t imagine it, because your brain gets overloaded by pure awesome whenever you try to envision such a game.