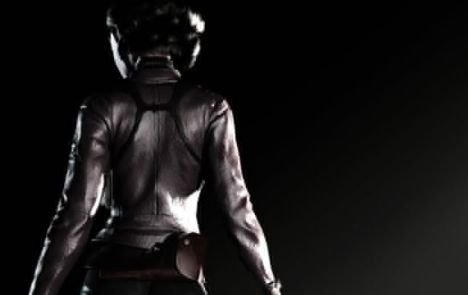 You’ve probably heard a little about Velvet Assassin. The concept is simply too cool to forget, regardless of where or when you heard about it: a female spy, based on a real historical figure, infiltrates German-occupied territory during WWII and does spy work for the British.

We’ve never really seen WWII handled in a stealth game (where videogames are concerned, Nazis are about as ubiquitous and easy to kill as flies), so Velvet Assassin really interested me.

After a fifteen (or so) minute walkthrough by the PR manager and the producer, I got my hands on the game.

You can find my impressions after the jump.

If you end up buying this game in October, you will be doing so for two things: the story, and the mood. World War II is usually treated like an FPS fan’s wet dream, but Velvet Assassin deals with the subject much more seriously: in the level I was shown, Violette (the protagonist) had to sneak her way through an occupied ghetto, occasionally coming across the bodies of executed Jews and seeing muzzle flashes in the windows of distant homes. For once, Nazis are the way they oughtta be in games: brutal and terrifying. If you spook a guard, he’ll kill you within about a second and a half if you don’t take him out first. Despite the WWII setting and Violette’s ability to carry a few weapons, Velvet Assassin is, above all else, a stealth game.

Which is sort of the problem.

As great as many of the game’s little touches were (Violette’s character model looks great, and you can pull the pin on a guard’s belt grenade while he’s not looking), much of what I saw and played often devolved into frustrating trial and error, as either I or the PR rep accidentally spooked a guard by exiting cover at the wrong time, were killed, and had to replay about five minutes to get back to where we originally were. When I asked the producer if the game would consistently be this hard, he said, “No – we added a lot of morphine to make this part easier. It’s usually much more tense.”

Further questions regarding whether the gameplay changes up were equally disappointing. Though your overall mission objectives will change from finding a camp, to collecting documents, to assassinating targets, the “day-by-day” activities of the game always involved sneaking behind dudes, hiding in shadows via a rudimentary stealth system (if you’re in shadow and Violent is covered in a purple glow, you’re totally invisible), and engaging in quick kills with canned animations.

A quick digression. The PR manager and I had the following conversation on quick kills:

“In a stealth game, it’s always important to have a lot of different quick kills so you don’t get tired of seeing the same ones. We have like fifty different kill animations.”

“—My favorite is the balls.”

“…You kill people with your ball—“

“You stab zem in the balls.”

I looked over to the producer, who was nodding in agreement.

“It’s great,” he said, before forcefully stabbing an imaginary crotch in the air, his face contorted in violent jubilation.

I’m tempted to use a phrase like “this gameplay might get repetitive in the full game,” but the gameplay even managed to feel repetitive after the mere half hour to forty-five minutes I spent with it. I felt compelled to keep playing partly due to how interesting the plot seemed and how hilariously kind the PR reps were, but  I can’t really imagine spending more than a few hours with the sneaking levels before getting bored and irritable.

But at least you can stab people in the balls.