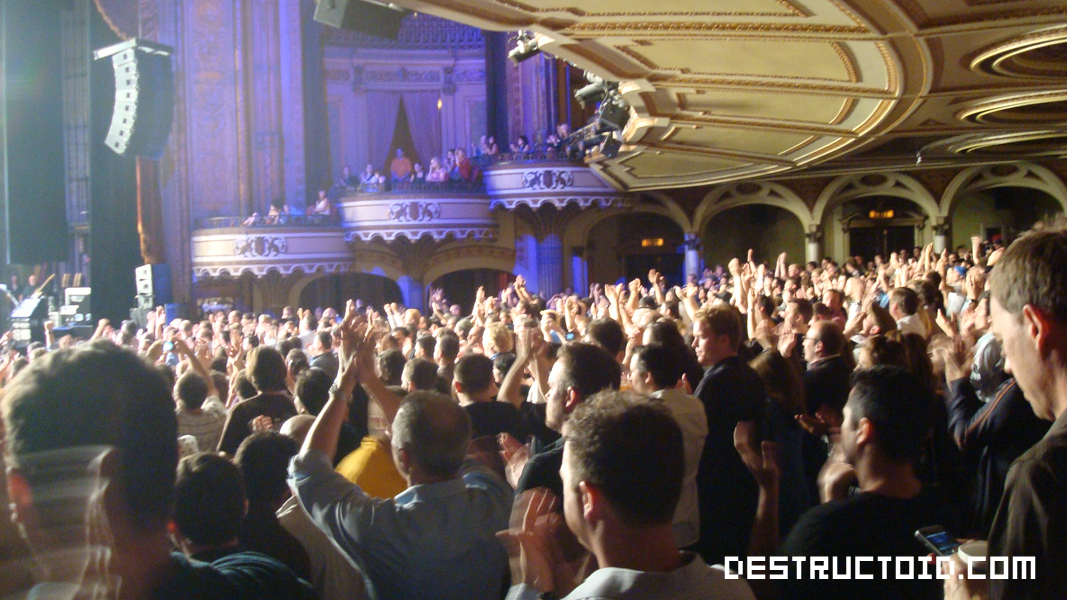 In case you haven’t seen it before, I present to you the one and only  Pete Townshend of The Who calling out the individual who chose the colors for the “plastic bits” on the Rock Band guitar. To quote Mr. Townshend “When Viacom can buy some other colors, it’ll be good”. There you have it. Townshend took both Rock Band and Viacom to town. To TOWN suckers!

And that, my friends, was one of the great many wonders that transpired the night of the Rock Band party during E3 2008. Held at the Orpheum theater in downtown LA, the party was consumed with the gaming industry (and, lets not forget, The Who) for a private evening of rock star indulgences. Rock Band 2 was available for play in several locations in the theater, while an entire side stage outfitted with lights and speakers beckoned those who dared to perform in front of their colleagues. I make no light mention that our very own Nick Chester’s performance of Billy Idol’s song White Wedding on the drums accompanied by Sean Baptiste of Harmonix on the mic was by far the best performance that tiny stage has ever seen.

While neither Harmonix nor MTV had the instincts to provide us with substantial enough food stuffs to complement the liquored bounty found at the open bar, the party was damn fun, and with hope, an E3 evening tradition for years to come. Hit the jump to get a sense of what it was like to be at The Who’s private concert, and be sure totake a look around the gallery for shots of the Destructoid crew at the party.