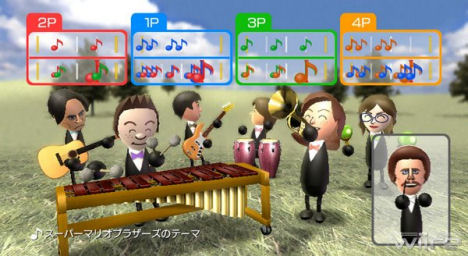 I don’t ever like to be too harsh with my opinion, but Wii Music looks like vapid trash. Hey, I could be wrong, but I get a kind of vapid trash-esque vibe from it somehow that I just can’t seem to shake. Design legend Shigeru Miyamoto knows more about it than I do, however, and has stated that his new pantomime horse is “more interesting than a videogame.”

MTV’s Stephen Totilo got the word from the man himself:

At a Nintendo developer’s roundtable event this evening in Los Angeles, a German journalist asked Nintendo designer Shigeru Miyamoto if it would be more appropriate to call “Wii Music,” which lacks goals and points, a” toy” rather than a “video game.”

I hadn’t seen that side of Miyamoto before! Could it be — in this case as in so many before — that he’s right? Are we too hung up on traditional video game constraints to appreciate something more free-form?

Maybe I was wrong. Maybe moving my hand around to such epic tunes as Yankee Doodle Dandy and Twinkle Twinkle Little Star is actually a fascinating and rewarding experience. We all saw Miyamoto’s little face at the Nintendo press conference, he was loving it. Either way, Wii Music is going to make millions of dollars on name value alone, no matter how worthwhile it actually is. Kind of like Paris Hilton.